1928 electric chair execution of Ruth Snyder – the second woman to be executed in Sing Sing prison. 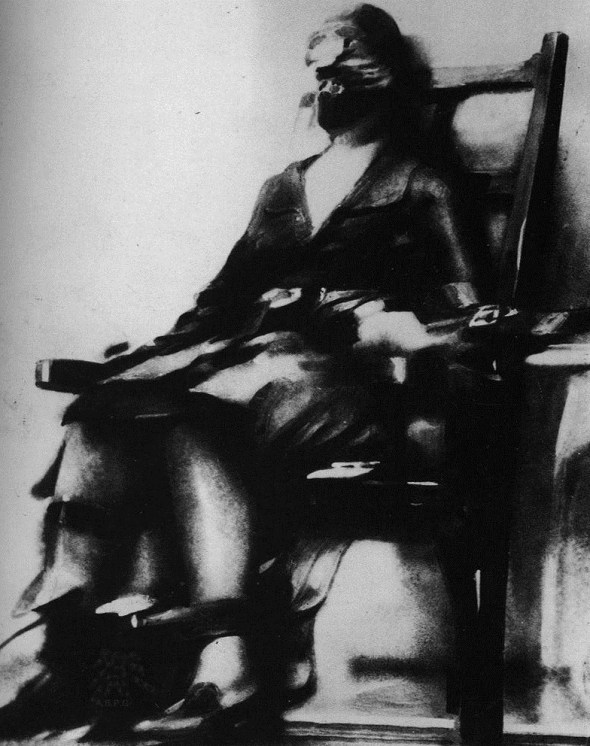 She was sent to prison for the murder of her husband. From Wikipedia: “Her distaste for her husband apparently began when he insisted on hanging a picture of his late fiancée, Jessie Guishard, on the wall of their first home, and also named his boat after her. Guishard, whom Albert described to Ruth as “the finest woman I have ever met,” had been dead for 10 years.”