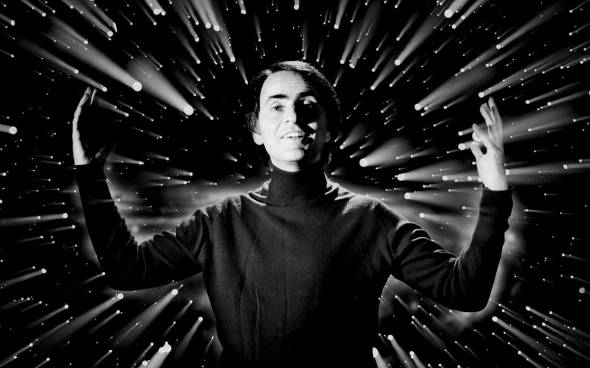 Carl Sagan was probably the most well-known scientist of the 1970s and 1980s. He studied extraterrestrial intelligence, advocated for nuclear disarmament, and co-wrote and hosted ‘Cosmos: A Personal Voyage.’

Astronomer Carl Sagan was born on November 9, 1934, in Brooklyn, New York. He graduated from the University of Chicago, where he studied planets and explored theories of extraterrestrial intelligence. He was named director of Cornell’s Laboratory for Planetary Studies in 1968 and worked with NASA on several projects. An anti-nuclear activist, Sagan introduced the idea of “nuclear winter” in 1983. He wrote one novel, several books and academic papers and the TV series Cosmos, which was reborn on TV in 2014, before his 1996 death.

Carl Sagan was born on November 9, 1934, in Brooklyn, New York, the first of two children. Sagan’s interest in astronomy began early on, and when he was five his mother sent him to the library to find books on the stars. Soon after, his parents took him to the New York World’s Fair, where visions of the future piqued his interest further. He also quickly became a fan of the prevalent 1940s science-fiction stories in pulp magazines and was drawn in by reports of flying saucers that suggested extraterrestrial life.

Sagan graduated high school in 1951 at age 16 and headed to the University of Chicago, where experiments he conducted drove his fascination with the possibility of alien life. In 1955 Sagan graduated with a BA in physics, and he took his master’s a year later. Four years later, Sagan moved to California after obtaining a PhD in astronomy and astrophysics, landing at the University of California, Berkeley, as a fellow in astronomy. There, he helped a team develop an infrared radiometer for NASA’s Mariner 2 robotic probe.

The 1960s found Sagan at Harvard University and the Smithsonian Astrophysical Observatory, where his work centered on the physical conditions of the planets, particularly those of Venus and Jupiter. In 1968 Sagan became the director of Cornell University’s Laboratory for Planetary Studies, and three years later he became a full professor. Working again with NASA, Sagan helped choose where the Viking probes would touch down on Mars and helped craft the messages from Earth that were sent out with the Pioneer and Voyager probes sent beyond our solar system.

While still in his 30s, Sagan began speaking out on a range of fringe issues, issues that would gain him much attention, such as the feasibility of interstellar flight, the idea that aliens visited the Earth thousands of years ago and that creatures resembling “gas bags” live high in Venus’ atmosphere. He also testified before Congress during this period about UFOs, which had captured the minds of the newspaper-reading populous, and proposed terraforming Venus into a habitable world.

In 1968, now a well-known quantity in the scientific realm, Sagan briefly served as a consultant on the Stanley Kubrick film 2001: A Space Odyssey, although a clash of personalities ensured the gig was short-lived. In the 1970s and 1980s, Sagan was the most well-known scientist in the United States, helped in no small part by the books he wrote. Works such as The Cosmic Connection: An Extraterrestrial Perspective (1973), Other Worlds (1975), The Dragons of Eden: Speculations on the Evolution of Human Intelligence (1977; Pulitzer Prize winner) and his 1985 novel, Contact (made into a film starring Jodie Foster in 1997), all grabbed the attention of the scientific community and general audiences.

In 1980, Sagan co-founded the Planetary Society, an international nonprofit organization focusing on space exploration, and also launched the hugely influential TV series Cosmos: A Personal Voyage, which he wrote and hosted. He also wrote a companion book of the same name to accompany the series. Another of his famous works, Pale Blue Dot: A Vision of the Human Future in Space (1994), was the sequel to Cosmos and was inspired by the famous Pale Blue Dot photograph, which shows Earth as a mere speck in space. Sagan uses the Voyager 1 probe photo as a leaping-off point to discus humanity’s place in the vast universe and his vision of the future.

Sagan used his status, both as a celebrity and scientist, to further his political goals, and he undertook a campaign for nuclear disarmament and was a vocal opponent of President Ronald Reagan’s Strategic Defense Initiative. In 1983 he co-wrote a paper that introduced the concept of “nuclear winter” followed the next year by his co-authored book The Cold and the Dark: The World After Nuclear War.

Over the course of Sagan’s career, he was honored several times, notably receiving NASA’s Distinguished Public Service Medal (1977, 1981) and the National Academy of Sciences’ Public Welfare Medal (1994), among dozens of others.

He died of pneumonia, a complication of the bone-marrow disease myelodysplasia, on December 20, 1996, at age 62. 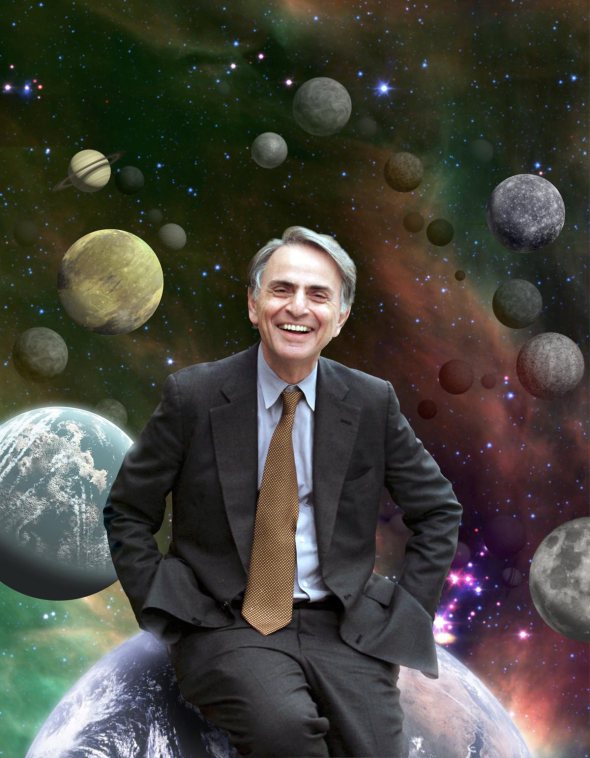 This entry was posted on December 20, 2013 by Miep. It was filed under History .