German soldier with Panzerkampfwagen VI “Tiger” in the background. Somewhere in the USSR; ca. 1943 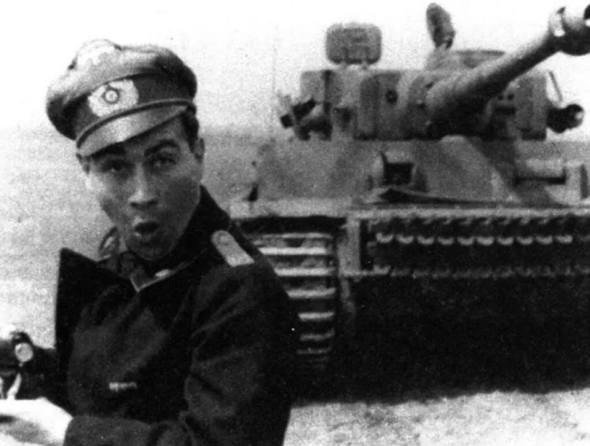 He’s just looked at the receipt for refueling.