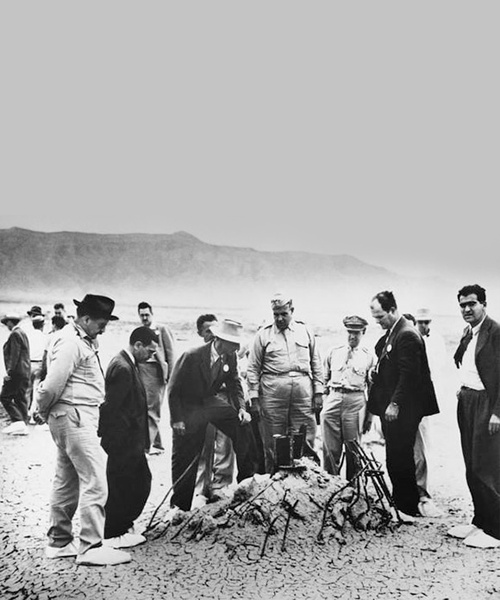 Oppenheimer and General Leslie Groves inspect the melted remnants of the 100-foot steel tower that held the Trinity bomb. Ensuring that the testing of a bomb with unknown strength would remain completely secret, the government chose a location that was so remote they had to import their water from over 150 miles away.