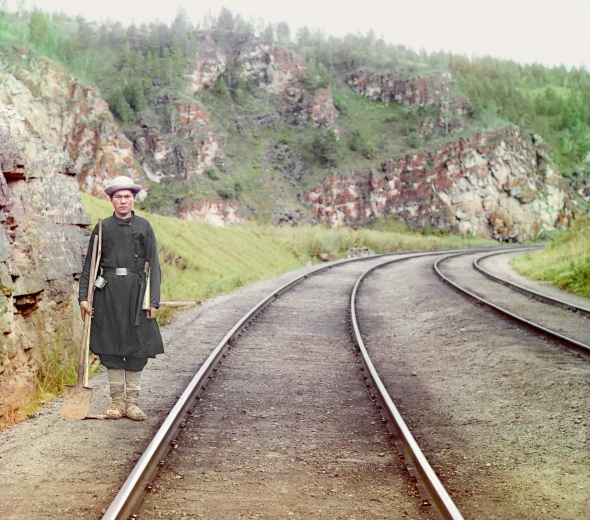 The Hungarian Second Army (Második Magyar Hadsereg) was one of three field armies (hadsereg) raised by the Kingdom of Hungary (Magyar Királyság) which saw action during World War II. All three armies were formed on March 1, 1940. The Second Army was the best-equipped Hungarian formation at the beginning of the war, but was virtually eliminated as an effective fighting unit by overwhelming Soviet force during the Battle of Stalingrad, suffering 84% casualties. Towards the end of the war, a reformed Second Army fought more successfully at the Battle of Debrecen, but, during the ensuing Siege of Budapest, it was destroyed completely and absorbed into the Hungarian Third Army.

In honor of Halloween, some spooky Roman ghost stories:

The first from Pliny the Younger VII, letter 27:

There was at Athens a large and spacious, but ill reputed and pestilential house. In the dead of the night a noise, resembling the clashing of iron, was frequently heard, which, if you listened more attentively, sounded like the rattling of fetters; at first it seemed at a distance, but approached nearer by degrees; immediately afterward a phantom appeared in the form of an old man, extremely meager and squalid, with a long beard and bristling hair; rattling the gyves on his feet and hands. The poor inhabitants consequently passed sleepless nights under the most dismal terrors imaginable.

This, as it broke their rest, threw them into distempers, which, as their horrors of mind increased, proved in the end fatal to their lives. For even in the day time, though the specter did not appear, yet the remembrance of it made such a strong impression on their imaginations that it still seemed before their eyes, and their terror remained when the cause of it was gone. By this means the house was at last deserted, as being judged by everybody to be absolutely uninhabitable; so that it was now entirely abandoned to the ghost. However, in hopes that some tenant might be found who was ignorant of this great calamity which attended it, a bill was put up, giving notice that it was either to be let or sold.

It happened that Athenodorus the philosopher came to Athens at this time, and reading the bill ascertained the price. The extraordinary cheapness raised his suspicion; nevertheless, when he heard the whole story, he was so far from being discouraged, that he was more strongly inclined to hire it, and, in short, actually did so. When it grew towards evening, he ordered a couch to be prepared for him in the fore part of the house, and after calling for a light, together with his pen and tablets, he directed all his people to retire within. But that his mind might not, for want of employment, be open to the vain terrors of imaginary noises and apparitions, he applied himself to writing with all his faculties.

The first part of the night passed with usual silence, then began the clanking of iron fetters; however, he neither lifted up his eyes, nor laid down his pen, but closed his ears by concentrating his attention. The noise increased and advanced nearer, till it seemed at the door, and at last in the chamber. He looked round and saw the apparition exactly as it had been described to him: it stood before him, beckoning with the finger. Athenodorus made a sign with his hand that it should wait a little, and bent again to his writing, but the ghost rattling its chains over his head as he wrote, he looked round and saw it beckoning as before. Upon this he immediately took up his lamp and followed it. The ghost slowly stalked along, as if encumbered with its chains; and having turned into the courtyard of the house, suddenly vanished. Athenodorus being thus deserted, marked the spot with a handful of grass and leaves. The next day he went to the magistrates, and advised them to order that spot to be dug up. There they found bones commingled and intertwined with chains; for the body had mouldered away by long lying in the ground, leaving them bare, and corroded by the fetters. The bones were collected, and buried at the public expense; and after the ghost was thus duly laid the house was haunted no more.

The other one is from Plutarch’s “Life of Cimon”, and it goes to show that ghost stories have always been used to talk about social issues:

There was left one orphan of this house, called Damon, surnamed Peripoltas, in beauty and greatness of spirit surpassing all of his age, but rude and undisciplined in temper. A Roman captain of a company that wintered in Chaeronea became passionately fond of this youth, who was now pretty nearly grown a man. And finding all his approaches, his gifts, his entreaties, alike repulsed, he showed violent inclinations to assault Damon. Our native Chaeronea was then in a distressed condition, too small and too poor to meet with anything but neglect. Damon, being sensible of this, and looking upon himself as injured already, resolved to inflict punishment. Accordingly, he and sixteen of his companions conspired against the captain; but that the design might be managed without any danger of being discovered, they all daubed their faces at night with soot. Thus disguised and inflamed with wine, they set upon him by break of day, as he was sacrificing in the market-place; and having killed him, and several others that were with him, they fled out of the city, which was extremely alarmed and troubled at the murder.

The council assembled immediately, and pronounced sentence of death against Damon and his accomplices. This they did to justify the city to the Romans. But that evening, as the magistrates were at supper together, according to the custom, Damon and his confederates, breaking into the hall, killed them, and then fled again out of the town. About this time, Lucius Lucullus chanced to be passing that way with a body of troops, upon some expedition, and this disaster having but recently happened, he stayed to examine the matter. Upon inquiry, he found the city was in no wise faulty, but rather that they themselves had suffered; therefore he drew out the soldiers, and carried them away with him. Yet Damon continuing to ravage the country all about, the citizens, by messages and decrees, in appearance favourable, enticed him into the city, and upon his return, made him Gymnasiarch; but afterwards as he was anointing himself in the vapour baths, they set upon him and killed him.

For a long while after apparitions continuing to be seen, and groans to be heard in that place, so our fathers have told us, they ordered the gates of the baths to be built up; and even to this day those who live in the neighbourhood believe that they sometimes see spectres and hear alarming sounds. The posterity of Damon, of whom some still remain, mostly in Phocis, near the town of Stiris, are called Asbolomeni, that is, in the Aeolian idiom, men daubed with soot: because Damon was thus besmeared when he committed this murder.

And finally, did you know that Augustus’ childhood home was haunted? From Suetonius, “Life of Augustus” 6:

His nursery is shown to this clay, in a villa belonging to the family, in the suburbs of Velitrae; being a very small place, and much like a pantry. An opinion prevails in the neighbourhood, that he was also born there. Into this place no person presumes to enter, unless upon necessity, and with great devotion, from a belief, for a long time prevalent, that such as rashly enter it are seized with great horror and consternation, which a short while since was confirmed by a remarkable incident. For when a new inhabitant of the house had, either by mere chance, or to try the truth of the report, taken up his lodging in that apartment, in the course of the night, a few hours afterwards, he was thrown out by some sudden violence, he knew not how, and was found in a state of stupefaction, with the coverlet of his bed, before the door of the chamber.