88-year-old Mrs. Sally Fickland, a former slave, looking at the Emancipation Proclamation in 1947. 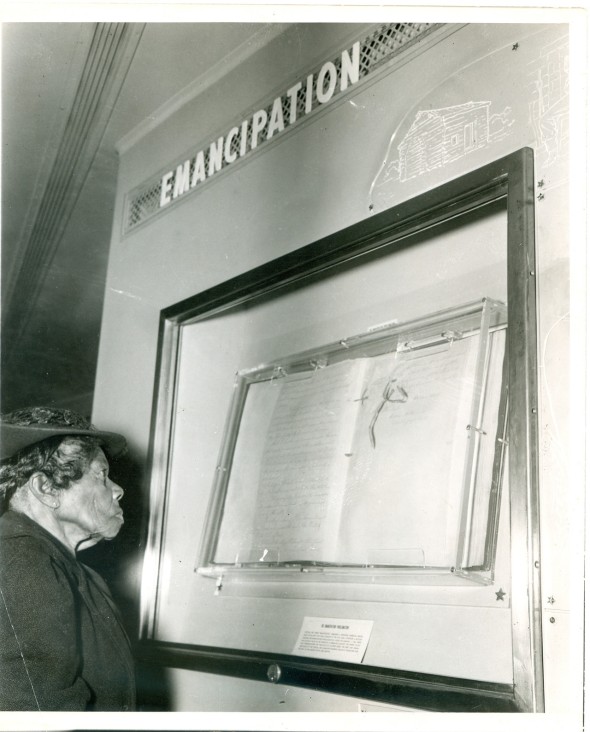 She would have been 3 years old when Lincoln signed the proclamation in 1862.

Due to its fragile condition—it was printed on both sides of poor-quality 19th-century paper, unlike the Constitution, which is written on more durable parchment—the Emancipation Proclamation can only be displayed for 30 hours each year.

This entry was posted on January 30, 2014 by Miep. It was filed under History, Photography, Pursuit of Happiness, The Drama Of It All, The Politics of Cultural Destruction, Weird and was tagged with AMERICA, Death, Emancipation Proclamation, Fight, former slave, Government, History, Photo, Photography, Politics, sad, Sally Fickland, slavery, US Politics, USA, Weird.