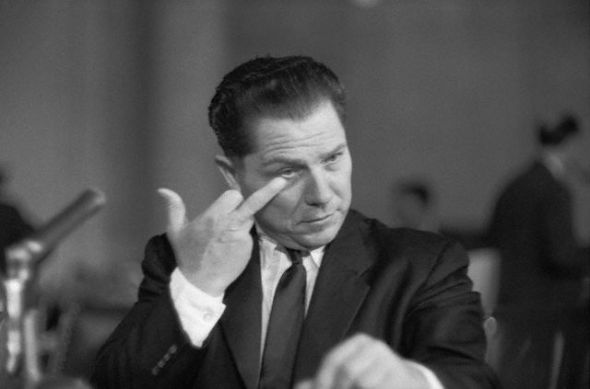 Hedwig Reicher in the costume of “Columbia” in suffrage pageant at the US Treasury building in DC on March 3, 1913, part of the Woman Suffrage Parade of 1913

Less than a century ago, women in the United States were not guaranteed the right to vote. Many courageous groups worked hard at state and local levels throughout the end of the 19th century, making some small gains toward women’s suffrage. In 1913, the first major national efforts were undertaken, beginning with a massive parade in Washington, D.C., on March 3 — one day before the inauguration of President Woodrow Wilson. Organized by Alice Paul for the National American Woman Suffrage Association, the parade, calling for a constitutional amendment, featured 8,000 marchers, including nine bands, four mounted brigades, 20 floats, and an allegorical performance near the Treasury Building. Though the parade began late, it appeared to be off to a good start until the route along Pennsylvania Avenue became choked with tens of thousands of spectators — mostly men in town for the inauguration. Marchers were jostled and ridiculed by many in the crowd. Some were tripped, others assaulted. Policemen appeared to be either indifferent to the struggling paraders, or sympathetic to the mob. Before the day was out, one hundred marchers had been hospitalized. The mistreatment of the marchers amplified the event — and the cause — into a major news story and led to congressional hearings, where the D.C. superintendent of police lost his job. What began in 1913 took another seven years to make it through Congress. In 1920, the Nineteenth Amendment secured the vote for women.

Weeper of the House

Senator Harry Reid should have punched John Boehner in the throat, that’ll give him something to cry about…

I really want to see John Boehner and Barack Obama fight in THUNDERDOME!!! 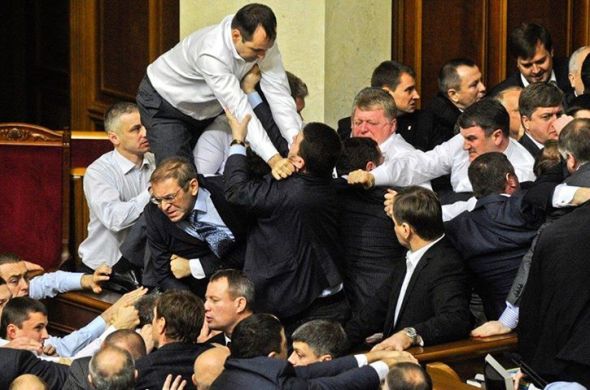 Congress should pass the ‘Battle Royale’ act, where all our elected officials in the House of Representatives are locked in a room, all lines of communication with the outside world will be severed, and they are left in there until an agreement can be reached (or they can just kill each other off until only one remains, then that person gets to choose policy for the year.)

***The Pay Per View revenue alone would clear the deficit.***

Senator Harry Reid’s boring demeanor and refusal to be phony apparently rubs many people the wrong way. But choking a dangerous mafia man, getting a bomb strapped to his car for daring to act against the mafia in Vegas, as well as not withholding punches from Sen Ted Cruz and Tea Party obstructionists make him a bad-ass in my book. 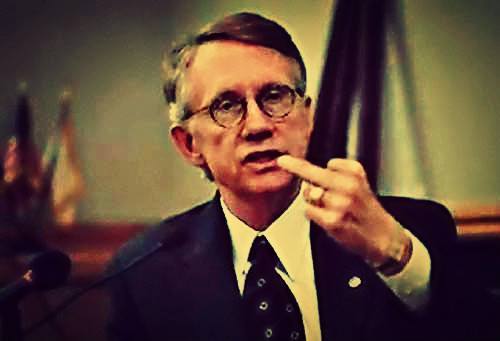 He has a very confrontational style when it comes to the Tea Party. If he doesn’t like something, and doesn’t hesitate to criticize it. Such candor from a politician is a refreshing break from the usual self-interest based hesitancy to make such remarks. He has called the extreme ring wing fraction of the Republican Party, “anarchists” and “reckless”; he’s said they’ve “lost their minds” and need to “get a life”; and during this government shutdown his office leaked private emails with House Speaker John Boehner’s chief of staff.

The emails show that before the House speaker demanded an end to health-care subsidies for congressional staffers, he vigorously fought behind the scenes to procure them. It appears that Boehner’s public reversal on this position made Reid and Democrats reach their breaking points. “Speaker Boehner has a credibility problem,” Reid said in a statement. “From refusing to let the House vote on a bill that was his idea in the first place, to decrying health-care subsidies for members of Congress and staff that he worked for months to preserve, to stating that the House doesn’t have the votes to pass a clean CR at current spending levels, there is now a consistent pattern of Speaker Boehner saying things that fly in the face of the facts or stand at odds with his past actions.”

Obama and Reid can’t negotiate with Boehner because they can’t trust him. Not trust in the “he lacks integrity” sense, although that may be true, but can’t trust in the “I wouldn’t trust my weight to that bridge” sense – he does not have control of his caucus, nor does he have a good feel for what drives his caucus on this issue. (For a Speaker of the House, John Boehner is a lousy politician. Since negotiations are both a bad idea from the Democratic perspective, and also totally futile so long as Boehner remains the GOP point man.)

At this point, the whole world is watching the catastrophic consequences of a leaderless House during the Republican’s renewed threat of a government shutdown or debt-ceiling default. These reckless actions are part of a grandstand play to reverse Obamacare (or the ACA) but they’ve assumed an illogic of their own. The House Republicans seem almost to enjoy holding the country hostage. Their version of Russian roulette has become so familiar that everybody seems to forget just how outrageous it is. Speaker Boehner surely knows this type of brinkmanship, however popular with the right wing, is damaging the party nationally. But he simply cannot control his members.

Basically, The Tea Party Republicans have total control over Speaker Boehner and the House of Representatives. And by being completely batshit insane, they’ve put themselves in a position where they can crash the country OR the Republican Party. Or both. This isn’t even negotiating with terrorists. Terrorists at least have reasons and overarching ideals. This is, plain and simple, a bunch of power-mad idiots who have no idea how the world works and pretty much think they can put a stop to the 21st century if they pout hard enough.

The framers of the constitution never imagined a stupid and malicious enough group coming together to decide it’s worth fucking up the national and global economy in order to prevent the process of laws going into effect. There is no “Hastert Rule” in the Constitution. You don’t defund the government over a disagreement over a law. This isn’t a budget issue where both sides couldn’t agree on how much to spend on different parts of the government. This sets a bad precedent if they succeed. This would allow them to hold the government hostage over ANY law that they don’t like in the future. (Gay marriage becoming legal nationwide? The war of drugs being ramped down and work towards legalization? Outlawing things that are not science being taught in public schools as if it is truth? Any other major shift in policy that doesn’t fit the republican worldview…) This is a test run to see what they can do by brute force. This isn’t just an idea or an executive order they are fighting, it is a law which has been passed and upheld as constitutional. 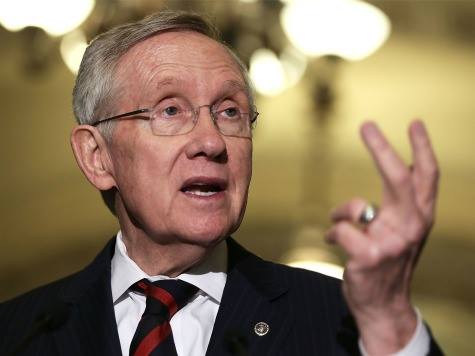 As a liberal, (who has a generally negative view of politicians on both sides), I have come to appreciate Harry Reid, when he commits to doing something, he does it. And in times like these I’m glad to have someone like that in my political corner.

One thing that I think is getting overlooked a lot in this debate is what the actual purpose of the CR is supposed to be about.

On that matter, Democrats have already given in to republican demands in almost every conceivable way. They agreed to republican levels of spending in the CR across the board with absolutely no fight or argument. They gave republicans 98% of the Paul Ryan budget, and never asked for anything other than the CR to be passed with no additional unrelated add-ons.

I think that there is a false narrative, or a false equivalency, going around that the democrats are equally responsible for this shutdown, that they are just as unwilling to compromise as republicans. That is simply not true. The republicans are demanding every bit of their agenda, and offering up not a single item on the democrats agenda. And beyond that, they are asking for the delay of the Presidents signature piece of legislation, which has nothing to do with the budget resolution in question. Refusing to take a deal in which your opponent gets everything they want and you don’t get any of what you want is not a failure to compromise. It is standing up for yourself.

And while I gladly welcome disagreement and debate, I kindly ask that you read the link I provided before making any counterpoints. Thank you.

The issue is not the substance of the Republicans’ argument, it’s the tactic. There’s an established procedure for putting in place a law – it passes both Houses of Congress, and is signed off on by the President. Once a law has been passed, it can be repealed or amended through the same procedure. Everybody playing by that set of rules helps keep arguments fair and procedures somewhat predictable.

What the Republicans are doing now is to say – we can’t win both Houses of Congress and the Presidency (which is what it would take to overturn a law that already was passed by all three institutions), but what we can do is use control of the one house that we do have to refuse to fund the government until the President and the Senate change the health care law.

The reason that the President and the Democratic Senate are refusing to negotiate (and should continue to refuse to negotiate) is that they don’t want the House of Representatives to get in the habit of shutting down the government everytime there is some law they disagree with. It’s essentially the exact same argument for why it’s generally considered inadvisable to negotiate with terrorists. There’s a legitimate way for a party in Congress to get its way – through the normal procedure of writing bills, and through the election cycle – and there is an illegitimate way to do so – by holding the government’s operating budget hostage.