The last image taken by famed war photographer Robert Capa with his Nikon camera before he stepped on a landmine and died later in the day, 25 May 1954.

Taken when covering Vietnamese troops advancing between Namdinh and Thaibinh during the First Indochina War.

Selection of his last photographs from Indochina at Magnum’s website. 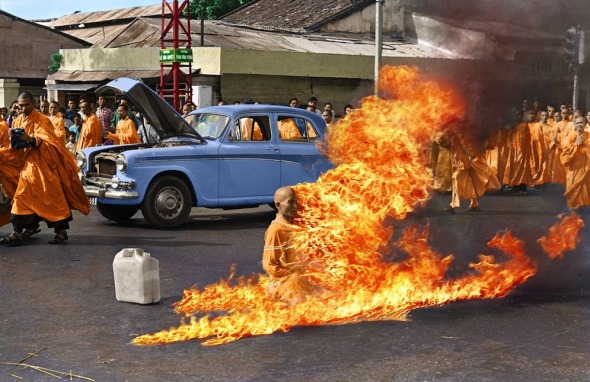