The debate about gun control in 1791, (when the 2nd amendment was truly about militias and muskets)

The purpose and intent of the 2nd was to provide for the overthrow of government in the case of tyranny.

For the early founding fathers, that specifically meant having weaponry accessible to citizens. Here’s Hamilton in Federalist 29:

This desirable uniformity can only be accomplished by confiding the regulation of the militia to the direction of the national authority. It is, therefore, with the most evident propriety, that the plan of the convention proposes to empower the Union “to provide for organizing, arming, and disciplining the militia, and for governing such part of them as may be employed in the service of the United States, reserving to the states respectively the appointment of the officers, and the authority of training the militia according to the discipline prescribed by congress.

Notice the word “arming” in there. But Hamilton also viewed the 2nd amendment as a collective right. Some early laws were also based on the idea of arming the populace as part of a collective right. The 1792 Act of Militia is a good example of what I’m talking about.

That every citizen so enrolled and notified, shall, within six months thereafter, provide himself with a good musket or firelock, a sufficient bayonet and belt, two spare flints, and a knapsack, a pouch with a box therein to contain not less than twenty-four cartridges, suited to the bore of his musket or firelock, each cartridge to contain a proper quantity of powder and ball: or with a good rifle, knapsack, shot-pouch and powder-horn, twenty balls suited to the bore of his rifle, and a quarter of a pound of powder; and shall appear, so armed, accoutred and provided, when called out to exercise, or into service,

So, the founders viewed armament a lot more similarly to how the Swiss view it today: an individual responsibility as part of a collective right.

So what changed? In a lot of ways, the Civil War changed things. The NRA was actually formed after the Civil War. The Civil War, and the 14th Amendment, was actually what sort of gave rise to the view of the Bill of Rights as being individual rights rather than collective ones. As Akhil Reed Amar, a con law professor at Yale, explains here:

The NRA is founded after the Civil War by a group of ex-Union Army officers. Now the motto goes, when guns are outlawed, only klansmen will have guns. Individual black men had to have guns in their homes because they couldn’t count on the local constabulary. It’s in the text of the Freedman’s Bureau Act of 1866 that we actually see the reinterpretation of the original Second Amendment. It becomes about original rights.

So, to take things back a ways. Originally, the Second Amendment was viewed much more as a collective right. The important thing was that individuals be armed as part of a group responsibility. In other words, you needed to have a gun in case you were needed to help overthrow a tyrannical government.

After the Civil War, the whole discussion about collective versus individual rights changed, and having a gun became much more about self defense. This was in direct response to the newly Reconstructed South.

Your individual state could regulate your guns, but the feds couldn’t. Projecting the phrase “gun rights” back in time is really problematic, pretty much for this reason. It was somewhat common in the south for it to be illegal for Black men to own guns–even free Blacks. To a much lesser extent, the same was true for women. It wasn’t so much that you had “gun rights” so much at all, since there was no thought that taking guns away from Blacks was in any way threatening the gun ownership of Whites.

Here’s a list of laws/proposals relating to guns, militias and armies from the English Bill of Rights to the 2nd Amendment. I thought the progression in the wording was interesting.

Virginia Declaration of Rights (May 1776)

Gun related requests from States to Congress for Original Amendments:

Final version of the 2nd amendment

I found the progression interesting. My favorite parts were: 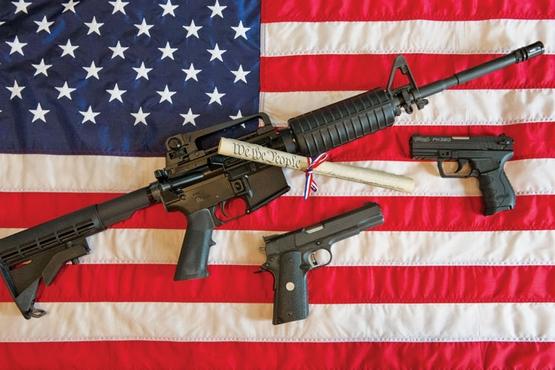 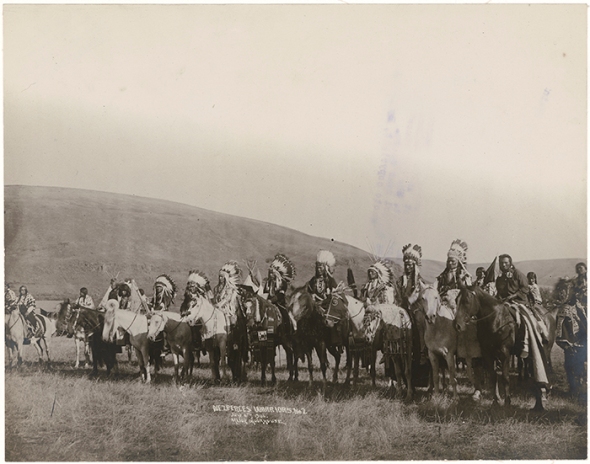 The added comma in the 2nd amendment:

What is it with 18th century punctuation and grammar?

Punctuation and spelling were a little looser then, and more importantly, some words in the 18th century do NOT mean what we think they mean today. People who posit that any historical document (whether something as well known as the Constitution to a simple piece of correspondence) is absolutely transparent to the modern reader needs to check their ego at the door. During my career as a historian I have made numerous errors of interpretation — and I am sure I am not done making them — because I misconstrued the use of a phrase or was unaware of how a phrase at a particular time was loaded with specific political, religious, or social meaning. Consider the history of words like terrific orenthusiast, or how certain terms like “gold” and “silver” came to take on special political meanings in the 19th century the same way that “life” and “choice” are — pardon the pun — pregnant with meaning today.

The truth is there may not have been universal agreement on the punctuation (or even the actual meaning) of all of the Constitution, much less its later amendments. Consider how both the Federalists and Antifederalists made counter charges as to what the Constitution would actually mean for a new America. Even the Federalist papers themselves are an interesting case in point — these documents, which have been cited over three hundred time sin court cases to explain what the constitution “actually meant,” were at their heart propaganda pieces to sell the Constitution on ratification. This does not mean that the Federalist papers are flim-flam, but some caution must be used: Sometimes the Federalist paper argue a very populist notion of the rights of the people (and mind you, this is before a bill of rights is on the table, at first), even though the top three types of positions in the new government (President, Senators, and Supreme Court Justices) would not be directly elected by the people.

A Hamiltonian view of what the Constitution meant, what it SHOULD have contained, and what it allowed is vastly different form what others such as Jefferson interpreted, and indeed formed a crux of the political discussion of the early republic.

So — and this is a roundabout way of getting back to the grammar discussion — yes, there is more than one way to legitimately parse the Second Amendment. But the best answer for what does it mean to have a “militia” or what kinds of rights does the second amendment refer to in reference to “arms”, grammar is probably not our most utilitarian friend. I discussed in the most recent second amendment thread the problem with the definition of militia. The majority opinion written by the conservative wing of the modern court in Heller, relied upon a definition of militia that chooses to both very broadly accept certain historical evidence (who are the people who make up the militia) but very narrowly construe the historical existence of the militia as being under control of the state governments. (One historical counterargument to Heller’s interpretation is that the militia as defined in Section I does indeed already exist, but were well-regulated meaning STATE CONTROLLED by the governor, which had been the case during the entire colonial period.)

The point is that grammar alone does not get us to “what does the second amendment really mean?” Heller is simply the most modern example of the court looking at historical and legal evidence and choosing to accept some types of evidence and discard others, which ultimately all rational people have to do when weighing teh evidence of what “the founders” meant. the problem is there is no one universal founder who agreed upon all things or set a specific set of definitions.

One last side note on historical grammar and punctuation and amendments: This problem with Amendments having various punctuation (or spellings) is not confined to this time period. There is a small bevvy of lunatic right-wing antitax zealots who have argued that the 16th Amendment was never properly ratified. Their argument boils down to that when the states sent back their ratification notices, some states had different capitalization, or a punctuation mark, or in one case a word that was plural was written in the singular, and that therefore they never really “ratified” the amendment. To no one’s surprise, these arguments have been dismissed by the courts, and now with some prejudice, as the claims have been labeled not only false but fraudulent by courts.