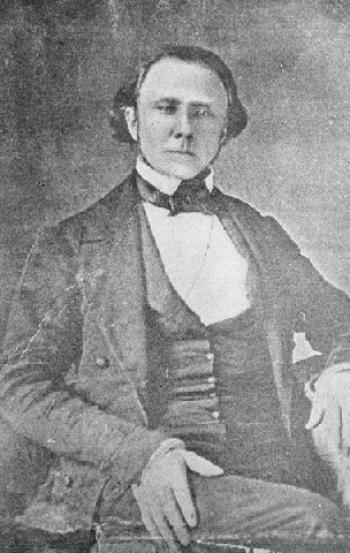 END_OF_DOCUMENT_TOKEN_TO_BE_REPLACED

The debate about gun control in 1791, (when the 2nd amendment was truly about militias and muskets)

The purpose and intent of the 2nd was to provide for the overthrow of government in the case of tyranny.

For the early founding fathers, that specifically meant having weaponry accessible to citizens. Here’s Hamilton in Federalist 29:

This desirable uniformity can only be accomplished by confiding the regulation of the militia to the direction of the national authority. It is, therefore, with the most evident propriety, that the plan of the convention proposes to empower the Union “to provide for organizing, arming, and disciplining the militia, and for governing such part of them as may be employed in the service of the United States, reserving to the states respectively the appointment of the officers, and the authority of training the militia according to the discipline prescribed by congress.

Notice the word “arming” in there. But Hamilton also viewed the 2nd amendment as a collective right. Some early laws were also based on the idea of arming the populace as part of a collective right. The 1792 Act of Militia is a good example of what I’m talking about.

That every citizen so enrolled and notified, shall, within six months thereafter, provide himself with a good musket or firelock, a sufficient bayonet and belt, two spare flints, and a knapsack, a pouch with a box therein to contain not less than twenty-four cartridges, suited to the bore of his musket or firelock, each cartridge to contain a proper quantity of powder and ball: or with a good rifle, knapsack, shot-pouch and powder-horn, twenty balls suited to the bore of his rifle, and a quarter of a pound of powder; and shall appear, so armed, accoutred and provided, when called out to exercise, or into service,

So, the founders viewed armament a lot more similarly to how the Swiss view it today: an individual responsibility as part of a collective right.

So what changed? In a lot of ways, the Civil War changed things. The NRA was actually formed after the Civil War. The Civil War, and the 14th Amendment, was actually what sort of gave rise to the view of the Bill of Rights as being individual rights rather than collective ones. As Akhil Reed Amar, a con law professor at Yale, explains here:

The NRA is founded after the Civil War by a group of ex-Union Army officers. Now the motto goes, when guns are outlawed, only klansmen will have guns. Individual black men had to have guns in their homes because they couldn’t count on the local constabulary. It’s in the text of the Freedman’s Bureau Act of 1866 that we actually see the reinterpretation of the original Second Amendment. It becomes about original rights.

So, to take things back a ways. Originally, the Second Amendment was viewed much more as a collective right. The important thing was that individuals be armed as part of a group responsibility. In other words, you needed to have a gun in case you were needed to help overthrow a tyrannical government.

After the Civil War, the whole discussion about collective versus individual rights changed, and having a gun became much more about self defense. This was in direct response to the newly Reconstructed South.

Your individual state could regulate your guns, but the feds couldn’t. Projecting the phrase “gun rights” back in time is really problematic, pretty much for this reason. It was somewhat common in the south for it to be illegal for Black men to own guns–even free Blacks. To a much lesser extent, the same was true for women. It wasn’t so much that you had “gun rights” so much at all, since there was no thought that taking guns away from Blacks was in any way threatening the gun ownership of Whites.

Here’s a list of laws/proposals relating to guns, militias and armies from the English Bill of Rights to the 2nd Amendment. I thought the progression in the wording was interesting.

Virginia Declaration of Rights (May 1776)

Gun related requests from States to Congress for Original Amendments:

Final version of the 2nd amendment

I found the progression interesting. My favorite parts were: