An underwater nuclear test being conducted during Operation Dominic, Pacific Coast off California; ca. May 11th 1962

Imagine the sonar shock animals would have received from these!!! (I’m not a scientist, smart person or even reasonably clever in any way…..But, by the size of that blast wave you would have to image the absolute sheer devastation of all aquatic life within a few hundred yards…also any sea creature that depends on gentle clicks and soft squeaks would have been seriously annihilated or needed at least 300 ibuprofens.)

Watch this video of the explosion: 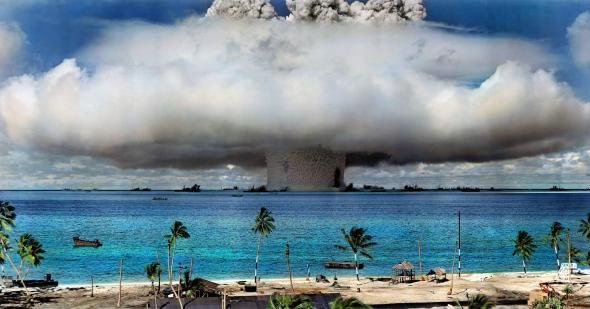