Execution of the women SS Guards of Stutthof concentration camp for “sadistic abuse of prisoners” after on trial by the Polish Special Law Court at Danzig. The women did not seem to take the trial seriously until the end; July 4th, 1946 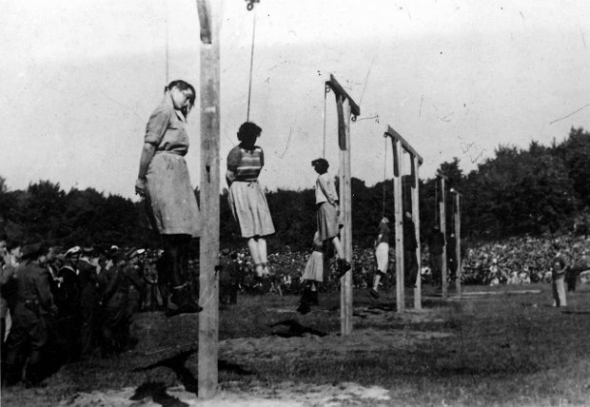 It was one of the few public executions in Poland after the war. This one was witnessed by about 100 000 people. They had been standing on trucks which drove off (which is why they swing a bit). Among the witnesses were former prisoners of Stutthof.

4 year old Joseph Schleifstein, who survived the Holocaust by being kept hidden by his father, from Nazi officials inside Buchenwald concentration camp, is seen here shortly after his liberation; ca. April 1945 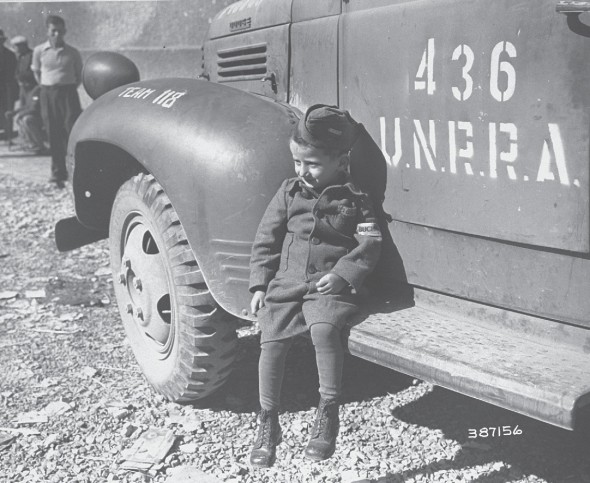 “For a time, Schleifstein was hidden by his father with the help of two anti-fascist German prisoners, but he was eventually discovered. The SS guards took a liking to him and came to treat him as a “camp mascot”, having a small camp uniform made for him and having him take part in morning appells, where he would salute the guard and report, “All prisoners accounted for.”