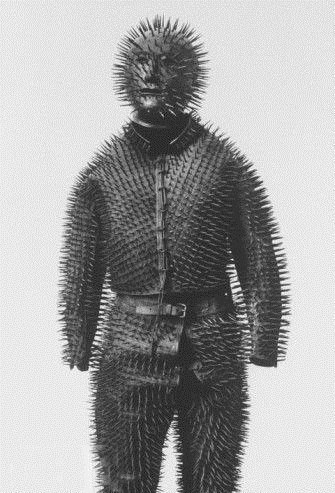 Reminds me of my last kidney stone…

This is not “real” bear hunting armor, it was a piece created by an artist in this exhibit. If you go and try to hunt bears with that, you’re going to die. 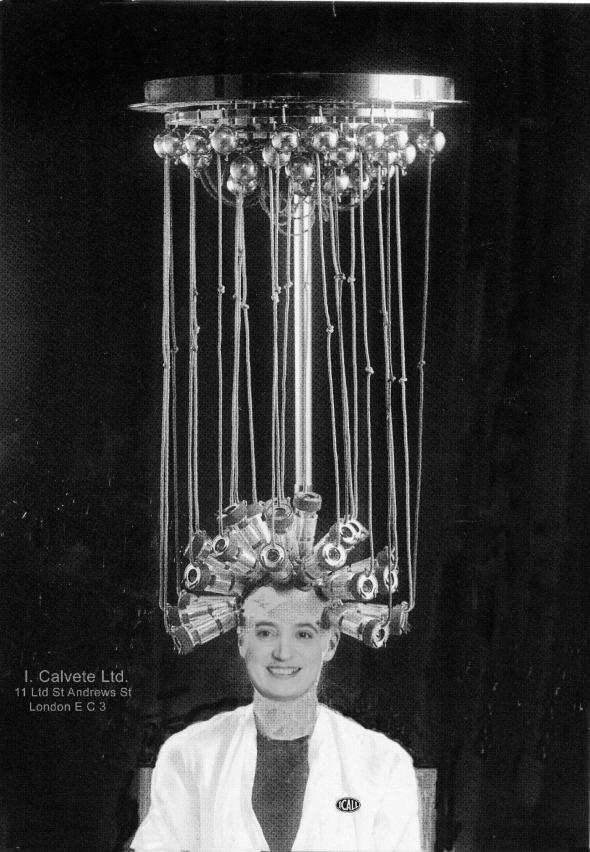 The Mole People of New Orleans

So, the whole bridge thing…

It’s right in that part of central city where Claiborne goes into an overpass around the interstate exit. And you can drive right under Claiborne and a lot of people usually park around there. It’s right off a side street between these two dumpsters. Bands just bring a generator and set up and play. It’s totally illegal, but there was a cop with its lights on across the bridge pillars the entire time, and he didn’t seem to care. Still, it makes the whole thing so much more fun. Every time a light flashes everybody jumps, cause we all half expect the cops to show up.

The crazy part about last night is I had never been to this place before. All I knew was it was under the Claiborne bridge by Julia St. by the Superdome. So I got in my and I drove down St. Charles to Lee’s Circle, and I took a left down Julia. I got totally turned around. I thought I was going toward Claiborne, but I was going toward Earheart. So I park on Loyola by the bridge, and I’m thinking it’s Claiborne, but it isn’t.

I look around. The Superdome’s right there. I just got off Julia. I’m thinking this must be the place. There’s a whole bunch of cars under the overpass right where Loyola crosses. I walk over there, but it’s clearly not a show. No bands. All black crowd. Not a punk show.

There’s a bunch of tents that homeless people live in. It’s pretty sketchy, but I’m like, whatever, this is hard core. So I go under the bridge and just start walking toward the direction of the superdome.
Now. There’s something I never knew about the Earheart bridge. Where the overpass is “lifting off” so to speak… where it gets too low to park a car under… You can still walk under there. And it’s actually an extremely large area of space where the barriers block of the sight from the neighboring streets. This is like right behind the train station.

I’m thinking as I’m walking into this:
A) This is really sketchy and obviously dangerous
B) I don’t think I’m in the right spot
C) What are those sunglasses doing?

But I kept walking because I saw two small points of light in the distance. (Keep in mind, this is at about 8pm, pitch black outside.)
Under a bridge that is for all intents and purposes underground. You’re basically in a giant room of concrete. I start walking toward these two points of light and a dog starts barking and running toward me. So I’m pretty sure I’m about to die. Now, I’m really freaked out for a few reasons. But anyway, I’m like, “Hey dog calm down calm down!!” And this guy comes out from the light and is like, “Here boy here boy.” Anyway, this middle aged, kind of portly, very polite well-spoken gentlemen apparently lives under this bridge. And he’s with this old guy with a long white beard who never says a word. And somebody else who I never talked to. They have a tent under the bridge where you can’t see in from outside. And– I shit you not– they play scrabble by tiki torch light. They had a little desk with a scrabble board. And a clothes line with laundry on it hanging from the bottom of the bridge.

I discovered them and lived to tell about it. I just can’t even begin to wrap my mind around it.I guess it’s not that weird that homeless people live in tents under a bridge. But you have to see this area. You cannot see into it from outside. And then you get out from under the bridge and you’re on this side road right behind the train station. And you look at the bridge in front of you. And it touches down just a few feet ahead. But when you go under the bridge, it looks like there could be miles of more ground down there. I want to go again, but I want to be in a BIG GROUP with at least one pocket knife. That shit is no joke. I was unbelievably frightened. The scrabble guy offered me weed and asked me if I wanted to play scrabble. He thought I was smoking weed cause I had a hand-rolled cigarette. Smoking weed was the last thing I wanted to do in that situation. “Let me do something that will make me even more frightened.” But seriously, I wanted to see how far down it goes. I have to show somebody. It’s madness. If you look at it from the outside, you’d think the bridge must just end right up here. But you go under the bridge, and it just keeps going.

We need to go but we need a big group. We need to leave our wallets and cell phones behind. Maybe keep like ten dollars of bribe money on us. Anybody trying to rob us down there will settle for cheap. Ten bucks is a rock. Hell yeah a rock. Let em go. I want to go back soon. Preferably during the day initially.

Oh, and the thing about this was, after I found it. I was so turned on by everything. I liked everything I encountered for the rest of the night. Every band at the show RULED. They were probably shitty punk bands. But they ruled! Mole People Magic…

(I was too afraid of taking photos of the actually Mole People so when I was walking out I photographed this… seems they have an aquatic strain.) 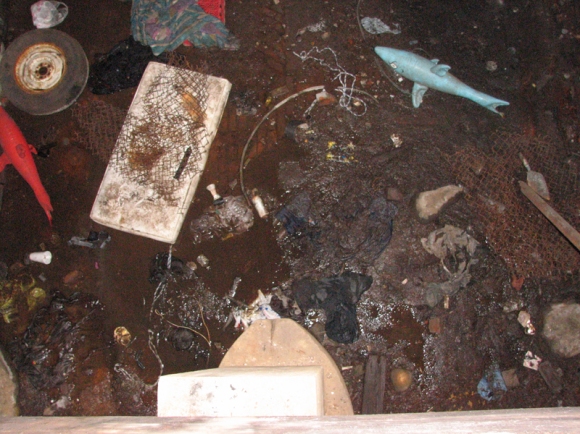