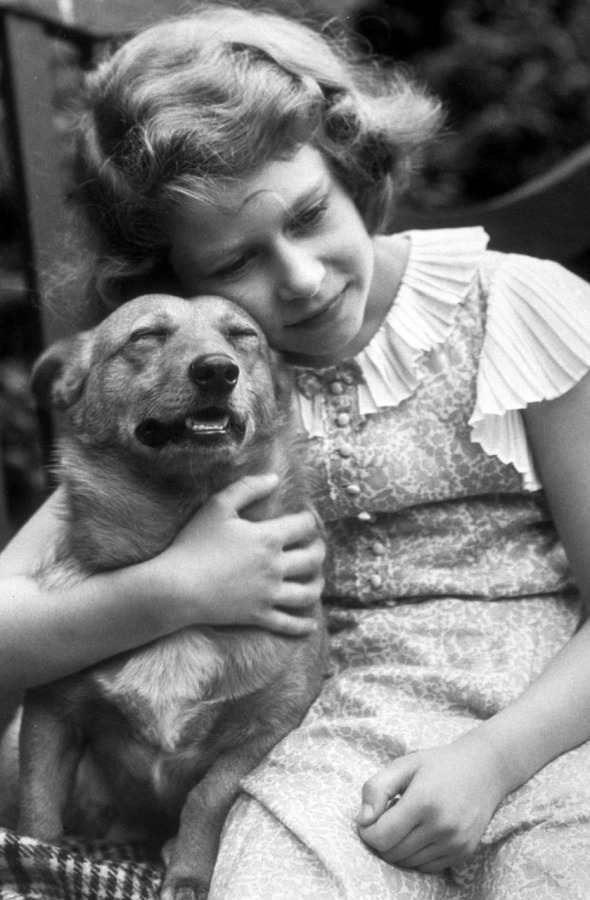 The nine European Monarchs who attended the funeral of Edward VII, photographed at Windsor Castle; May 20, 1910 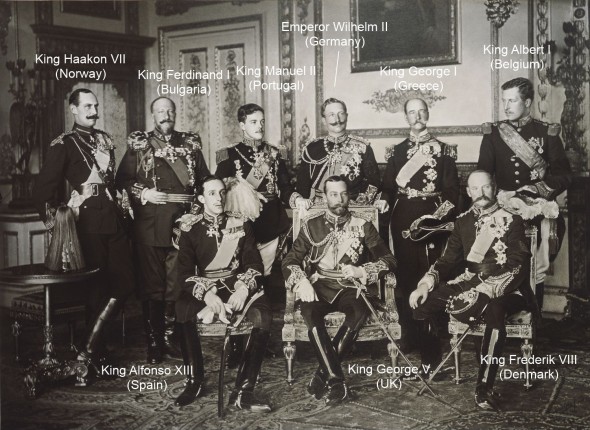 I always enjoy identifying where people are situated to identify who was perceived to be the most powerful. Obviously UK front and center, flanked by Spain and Denmark with Germany behind and Belgium relegated to the outside…

Tsar Nicholas II shoveling snow in a park while under captivity in Tsarskoye Selo, Russia; ca. 1917

Franz Ferdinand, Austria-Hungary, and the Eastern Front in general are totally disregarded when it comes to the First World War. By most popular accounts, Franz Ferdinand was shot and killed, and that’s all he was ever good for. In my opinion, however, he’s one of the most important figures in pre-War Austrian military history.

Archduke Franz Ferdinand was the heir apparent of the Austro-Hungarian Empire. His uncle, Franz Josef, had come to power after his uncle abdicated in 1848, among the violent social upheavals which occurred all across Europe, and certainly within Austria-Hungary. Franz Josef had risen to the throne at age 18; by the time Franz Ferdinand would be assassinated, the man was 84 years old. The Archduke was 50 himself. Franz Josef was a hard worker by all accounts, though perhaps a bit uncreative and “stuck in his ways.” Geoffrey Wawro, whose recent work on Austria-Hungary before and during the War is an excellent read, claims that Franz Josef “refused to take his job seriously.” I for one don’t buy it, but there are two sides to every coin in history, especially when dealing with personalities like those of Franzes Josef and Ferdinand. Some called for Franz Josef to abdicate in favor of his nephew, but Franz Josef refused, perhaps due to the infamous dislike he held for his newphew, the Crown Prince.

Both men were intensely involved with the military. This is important, as Austria-Hungary’s military preparedness for the First World War – from weaponry to tactics to leadership – was lacking. This is not to say that neither one tried. Franz Josef came to power in 1848, when Hungarian and Italian separatists threatened to disembowel his new Empire. The army, under the command of Feldmaraschall Radetzky, kept the Empire together. Franz Josef knew he owed his very throne to the Army and sort of took it under his wing. Indeed, for the rest of his life, Franz Josef would wear a military uniform instead of a civilian one.

Annnnyyyyways, Franz Ferdinand is appointed Army Inspector. This is where things get messy. The military high command in the Austro-Hungarian Empire was a constant battle of cliques and intrigues. Both FJ, as Emperor and Commander-in-Chief, and FF, as heir-apparent and Army Inspector, had their favorite generals and their own cliques. They also disagreed widely on issues of strategy and politics. Franz Josef, like I’ve said, came to power in 1848, and subsequently lost Austria’s Italian territories, as well as it’s influence on German politics, in two wars, one against the Kingdom of Sardinia-Piedmont and one against Prussia. After two embarassing military defeats, Franz Josef was content to sit on his throne and keep the territories he still had intact – no more, no less. Franz Ferdinand, on the other and, had muuuucccchhhh bigger plans.

Necessary detour into Austro-Hungarian internal politics. Much has been made of A-H’s multi-ethnic makeup, and rightly so. Check out this map of Austria-Hungary’s many different ethnic groups. As the second largest and most powerful behind the German-Austrians, the Hungarians successfully bargained for a two-state empire united by one Emperor. This is super complex political stuff, so if you’d like more explanation, let me know in the comments and I’ll give you as much information as you’d like. Basically, from 1867 on, the Austrian Empire was formally known as Austria-Hungary and the Hungarian Parliament had massive influence on the decision-making of Austria-Hungary. They used this influence to hamper the development of the Empire’s army and keep Bosnia-Herzegovina underdeveloped (more info on that as well, if you’d like). Franz Josef was content to let the Hungarians be; Franz Ferdinand wasn’t so easily put off. He claimed that Austria-Hungary’s main foe wasn’t other Great Powers, but ““internal enemy—Jews, Freemasons, Socialists and Hungarians.” He even sat down with his uncle, the Emperor, and demanded that a plan be drawn up for an eventual invasion of Hungary aimed at putting the Hungarians back in their proper place, that is, firmly under the heel of German Austria. His favorite General was Conrad von Hotzendorf, an interesting man. Some called him an armchair general who “fought with pen and ink.” If he was an armchair general, he was certainly one of the best there ever was, writing prolifically on strategy. As an actual battlefield commander, however, he left much to be desired. Hotzendorf and Franz Ferdiand favored pre-emptive wars against the Serbs and especially the Italians.

Franz Ferdinand, tired of his uncle’s punctiliousness, established his own apparatus for army administration to parallel that of the official High Command. This was headquartered at the Belvedere Palace in Vienna. It’s incredibly absurd, but he had appointed his own ministers of war, foreign deputies and internal affairs. It was basically a shadow government which often went afoul of the official bodies of government. As military inspector, however, Franz Ferdinand meant to modernize the imperial army. He replaced all of the corps commanders of the Austrian military, all without the approval of his uncle, the Emperor. By the time he was murdered, politicians in Vienna were complaining that they not only had two Parliaments (Austrian and Hungarian) but two Emperors (FJ and FF).

Franz Ferdinand was hugely important because he was a “heartbeat away” as they say, from being the Emperor of Austria-Hungary. He was set on policies of “putting the Hungarians in their place” and modernizing the army, which he attempted, but was often hampered by Austria’s poor finances and muddled internal politics. Franz Ferdinand and his pet, von Hotzendorf, were huge proponents of using the army as a tool of internal politics as well as external aggrandizement. Franz Ferdinand never got to the throne, as he was murdered, but if he had, the entire history of Europe might have been different. He didn’t do much but he held and propagated ideas which were opposite or different than those the Empire ultimately took under Franz Josef. Bosnia and Herzegovina, where he made his fatal final visit, was to be “Austrianized” and serve as an outpost from which to unite Europe’s southern Slavic population against Germany, Russia, Hungary, etc. This would have been at the expense of the other state eyeing Bosnia,: the new Kingdom of Serbia. Gavrilo Princip shot and killed not only the visiting Habsburg prince, but the leading proponent of an active and aggressive policy against Serbian expansion in the Balkans.

As for the man he was and how well people of his time knew him… By most accounts he wasn’t a very likeable guy. His wife was very religious and this made him somewhat “preachy” – the opposite of the quietly devout Franz Josef. He was brusque and didn’t laugh a lot. But he was energetic and had big plans for the Empire.

He also caused a stir by marrying out of royalty. He begged his uncle, the Emperor, to allow him to marry Sophie Chotek, a Czech aristocrat who was, nevertheless, far below the rank of a Habsburg Emperor-to-be. Franz Josef eventually allowed them to have a Morganatic marriage, in which he acknowledged that she would never be styled “Empress of Austria-Hungary” and that his children by her would never inherit the title of Emperor.

Wawro, Geoffrey. A Mad Catastrophe: The Outbreak of World War I and the Collapse of the Habsburg Empire.

Rothenberg, The Army of Francis Joseph

Deak, Beyond Nationalism, A Social and Political History of the Habsburg Officer Corps.

Williamson, Austria-Hungary and the Origins of the First World War

Kaiser Wilhelm II of Germany riding through the streets of Berlin with Tsar Nicholas II of Russia; ca.1900

We shan’t see the likes of those mustaches again.

It would be tough to squeeze any more incompetent decision makers into this photo.

The whole story of how most of the tomb was saved from grave robbers is nothing short a miracle. The tomb was robbed of small items several times shortly after burial, but then, because of its lower position in the Valley of the Kings, the tomb’s entrance was sealed by rocks and mud from flooding and the location was lost until Carter’s discovery. Every other discovered royal tomb there had been basically cleaned out. (… until 1922.)

The Russian imperial family in 1913. Five years later, all of them would be shot at the hands of the Bolsheviks