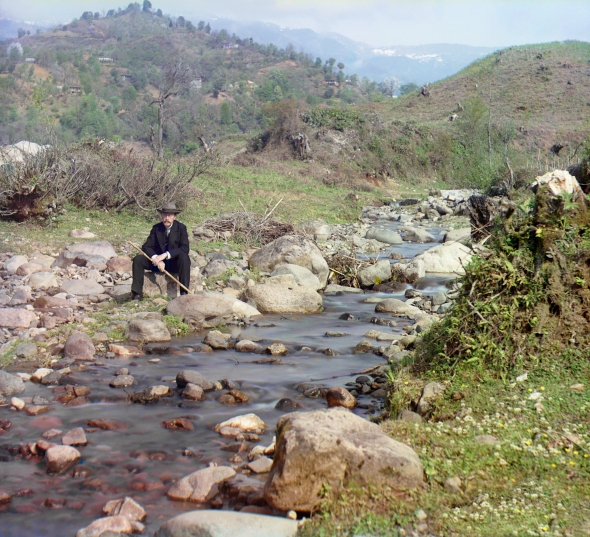 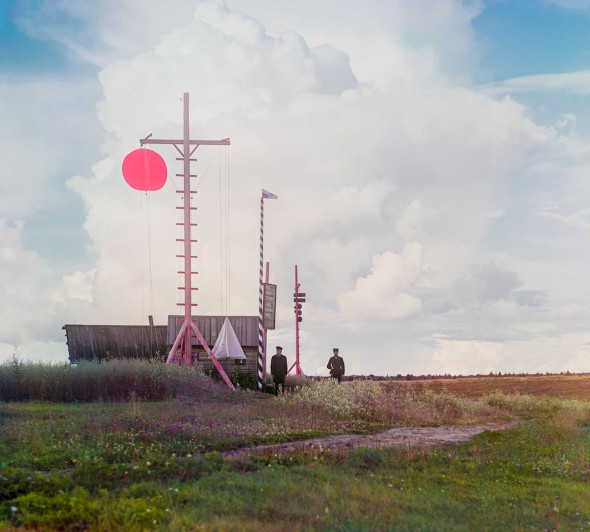 These are actually not colorized photographs, they’re color photographs by a man named Sergey Prokudin-Gorsky. He’s a Russian who really pioneered in, and made the field of color photography something worth funding. He was given funding by Tsar Nicholas II to take 2 trips through Russia photographing everything that came to mind. He went on 2 trips, one in 1909, and one a bit later in 1915.

Gorsky was one of the later photographers in this medium, but he certainly wasn’t someone who fades in comparison. The earlier individuals are people who were experimenting with different methods, cameras, exposures, and emulsions (The light-sensitive coating that was smeared on the glass plate to permanently imprint the image after the exposure). Individuals like Adolf Miethe (who was active in 1902 onwards), and Edward Raymond Turner (The Englishman who filmed the first color photographs in 1902) have one thing in common –They all used the same three-color process of photographing three individual glass plates in red, green, and blue, and then combining them in one channel.

The three-color process was first theorized by James Clerk Maxwell in 1855, and put in to practice by a man named Thomas Sutton in a photograph captured in 1861, a very famous one nonetheless! It was a simple tartan ribbon, but it reproduced permanent color. There’s been earlier examples of possible color photographs, like the Hillotypes (Named for the inventor, a minister by the name of Levi Hill), but this is an entirely different story altogether, and one with which I’m not familiar enough to comfortably answer.

All in all, after Maxwell’s successful ‘experiment’ conducted by Sutton, a man named Louis Ducos du Hauron caught an interest in the medium. Before 1877, he had patented several processes related to color photography, and finally in ’77, he took the first confirmed color photograph. There’s been rumors of this photograph being from 1869, but others put it at 1879. It’s currently disputed enough to really not make the running, I’m afraid. Nonetheless, Hauron is my favorite person of this era.

Moving along to the late 19th century, the Lumière brothers come in to play. Louis Lumière and Auguste Lumière (Lumière meaning Light in French!) held a little get together in 1895, screening early motion pictures. The 2 brothers also invented the dry-plate, which was necessary for commercially viable color photography, but that’s for later! They theorized that a plate, with a single exposure, could produce viable color photographs, instead of the previously tiring 3 exposures for a single photograph. So, they set about trying for the different ways of achieving this. They didn’t actually receive any success until 1903, when they filed the following patent for an Autochrome Lumière (A small excerpt):

So essentially, in 1907, they launched the Autochrome Lumière to great success. It was affordable (Not compared to B/W photography though!), it was simple, and it was user friendly. Pop in a plate, expose, color photography! Quite simple, really. However, Gorsky, used the three-color method to great success. He achieved unprecedented results and a stunning quality compared to his colleagues, mostly due to something called ‘digichromatography’. Gorsky’s camera is also unknown as he likely designed it himself, but a fun fact is he might’ve drawn inspiration from Adolf Miethe who he met while traveling through Germany, Miethe having had his camera designed by a cabinet maker while in Berlin.

Here’s a video covering this subject quite nicely, from the annals of the craft to the modern 20th century: