A British soldier gives a “two-fingered salute” to German POWs captured at the Second Battle of El Alamein, Egypt; ca. 1942 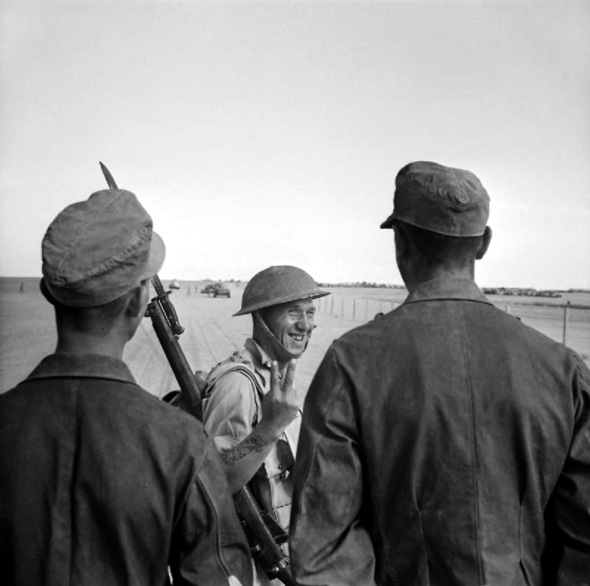 The German POW on the left has a pretty clean haircut.

The “two-fingered salute”, is commonly performed by flicking the V upwards from wrist or elbow. The V sign, when the palm is facing toward the person giving the sign, has long been an insulting gesture in England, and later in the rest of the United Kingdom; though the use of the V sign as an insulting gesture is largely restricted to the UK, Ireland, New Zealand, and Australia. It is frequently used to signify defiance (especially to authority), contempt, or derision. The gesture is not used in the United States, and archaic in Australia and New Zealand, where the finger tends to be used in such situations instead.

Here’s a report on the behavior of British POWs during the war, hopefully making it the Britishest thing you’ve read today. 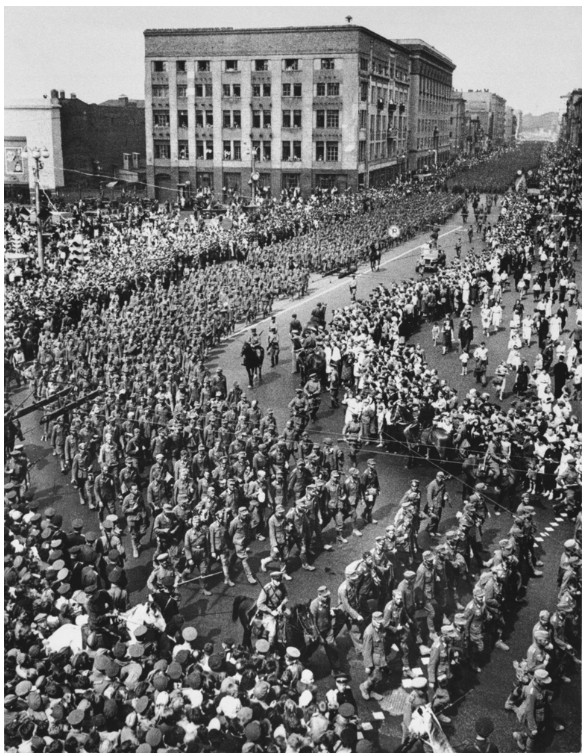 A month later some of the German POWs were transported to Moscow to display to the Soviet people.

Here is a Soviet film of the parade:

The parade was followed by trucks ceremoniously washing the German filth from the streets. The POWs were then transported off to work camps.