Today in 1918, Manfred von Richtofen, World War I’s greatest flying ace, was shot down in his Red Fokker Triplane by a single bullet through his heart. Here is the Red Baron in a sweater in happier times; ca. 1917

He landed in enemy territory, and the RAF gave him a funeral with full military honors, befitting a legendary military aviator such as himself. It’s strange how a sense of professional respect can transcend the hatred of enemies, especially in the case of an enemy who had personally killed so many RAF pilots.

He was a dangerous enemy, but he was truly admired.

A moment of humanity on the Eastern Front as a German soldier tends to a wounded Russian civilian; ca. 1941 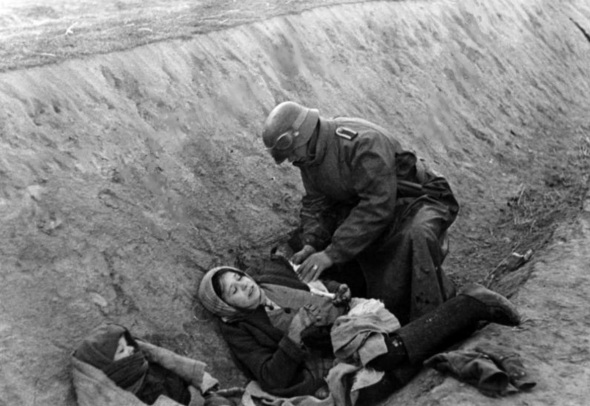