A moment of humanity on the Eastern Front as a German soldier tends to a wounded Russian civilian; ca. 1941

Philippe Petit on a cable between the WTC towers; ca. 1974

Life should be lived on the edge of life; you have to exercise rebellion:

to refuse to taper yourself to rules, to refuse your own success,

to refuse to repeat yourself, to see every day, every year, every idea as a true challenge,

and then you are going to live your life on a tightrope. 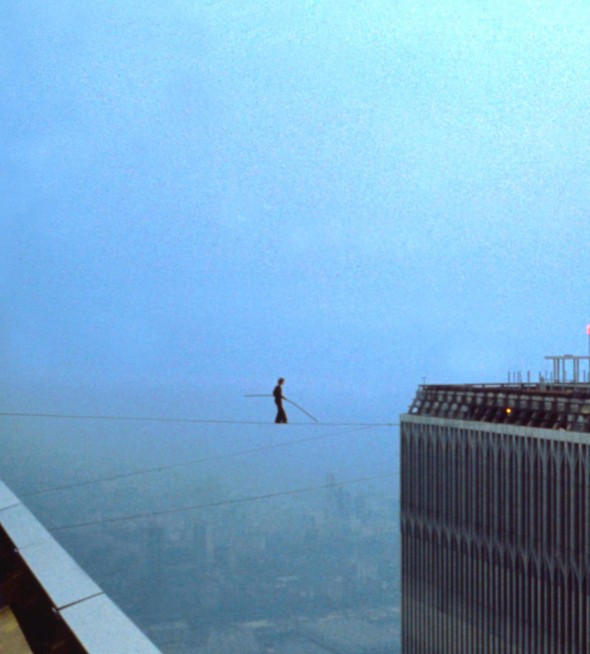 I really really enjoyed the documentary  Man on Wire from a historical aspect; but Petit was a bit of an ass. In the end, he seemed like he just sort of abandoned his friends once he got recognition. His one buddy got banned for life from the US and he didn’t seem to care, and as soon as he got released rather than go visit his girlfriend he shacked up in a hotel with some random girl for a couple of days. Ugh! 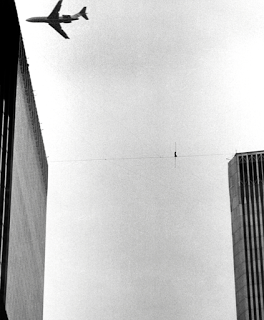 *On 9/11/2003, Petit wrote the most poignant eulogy for the Twin Towers. It draws upon a lesson he learned in coping with the death of his young daughter in the 1990s.

END_OF_DOCUMENT_TOKEN_TO_BE_REPLACED

Ham the chimpanzee photographed while in orbit; ca. 1961

Ham was trained to work with operant conditioning, using a system that would send electric shocks to his feet when he made a mistake and reward him with a banana pellet if he did well.

During the flight, this system went haywire and sent electric shocks even though he was doing a great job at fullfilling his tasks. He was also exposed to almost 15 g’s of acceleration rather than the predicted 11g. Finally, the cabin lost pressure during flight, and reentry damaged the bottom of the craft which started taking in water after landing.

After his historical flight, Ham clearly wanted nothing to do with space anymore and started showing symptoms similar to PTSD. He was thus allowed to retire.