A whaling ship surrounded by several dead whales lying in the sea at Spitsbergen, Norway; ca. 1905. 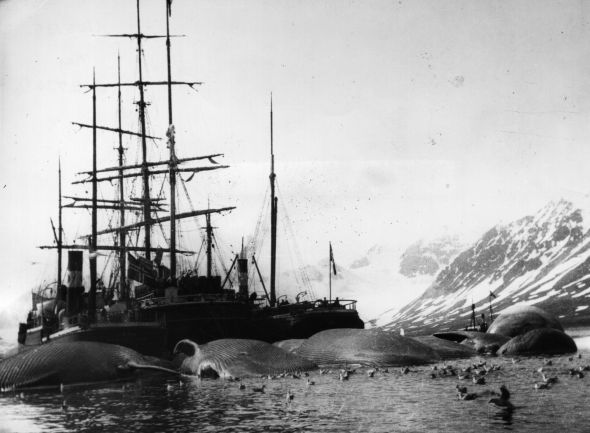 This picture makes me sad but it’s fascinating nonetheless to see such a grand, morbid sight.

Prior to the invention of the modern petrochemical industry, whale oil was prized for illumination since it burned very cleanly in oil lamps. It was also used for lots of specialized lubrication applications such as clockworks and transmission gearboxes. In the US, whale oil was used until the signing of the 1972 Endangered Species Act.

Soliders ready in the trenches during the Iran-Iraq war; ca.1980’s 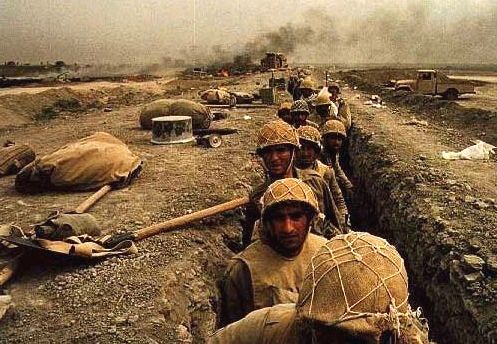 More people should know about the Iran Iraq war, oil money leads to wars in so many ways. 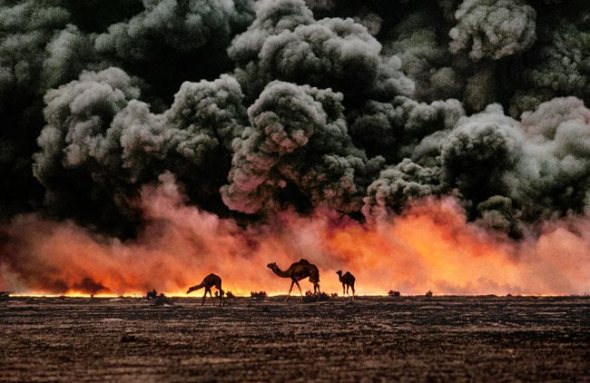 Is there a Morality of Profit? Hrm. I dont think so!

“A society is moral if it both allows man to fulfill his potential and, in utilitarian terms, creates the most good. Fortunately, a society based on the profit motive can achieve both of these factors. By acknowledging the fundamentals of human nature — that man is intrinsically self-interested — and channeling it towards productivity through a system based on such an understanding, both individuals and societies will develop and grow.”

I beg to differ. Under this logic, the unbridled application of the profit motive would create the most moral society — and history shows us instead the Gilded Age. Unrestrained capitalism may produce the most wealth, but the wildly unequal distribution of that wealth guarantees that some will have more opportunity to fulfill their potential than others. The reality is that the more the profit motive rules, the less moral the resulting society.

I would have to be a blithering idiot to ascribe no good to the profit motive, nor acknowledge the multitude of positive human endeavors in which it plays an indispensable part. The transcontinental railroad, for example, allowed for the wholesale destruction of the buffalo, sealing the fate of the Plains Indians. But it also linked two sides of the continent — the epitome of an inevitable development. I would not be writing this without the internet and 10,000 inventions that preceded it — many motivated by the desire to make money. Societies in which there is no profit motive mostly do not work — witness North Korea. (I say “mostly” because many small communitarian societies in which there is no profit motive have worked very well. Native American tribes are a prime example.)

Without the profit motive we wouldn’t have much in the way of mining, oil and gas, skyscrapers, bridges, food production, housing, biotech, retail, fashion, banking and air travel — in short, all the elements of modern industrial society. It is also an indispensable part of any realistic solution to third world poverty — though ironically so, as this poverty is almost always inextricably linked to the legacy of rapacious colonialism.

But the fact is that the best things we do as human beings are never motivated by the desire for profit. Not one poem is written, symphony composed, or masterpiece painted. Miep Gies did not hide the Frank family for money, nor was it the reason Mother Teresa tended the sick of Calcutta. It’s not why 99.9 percent of all athletes pick up a football, swim a mile, or run a marathon. It’s not why you read to your kids at night, tend to an aging parent, or stage an intervention for a drug-addicted friend.

Here are two lists. One denotes 10 things done solely with profit as an overriding motive; the other, 10 things in which the desire for profit plays little or no part. (If there is a related consequence, I put it in parentheses.)

Little or No Profit Motive

The profit motive may be necessary, but “moral” hardly seems like the right adjective for it. Loan-sharking is not moral. Strip mining is not moral. Sweatshops are not moral. A world in which making money reigns as a supreme expression of morality would be a sorry utopia indeed. Greed may be inevitable, but the urge to accumulate as much as possible should be far down on the list of traits a society should ever want to anoint as one of its highest values.