Buy, Eat, Consume, Appear… Welcome to the Era of Media-Dictatorships! 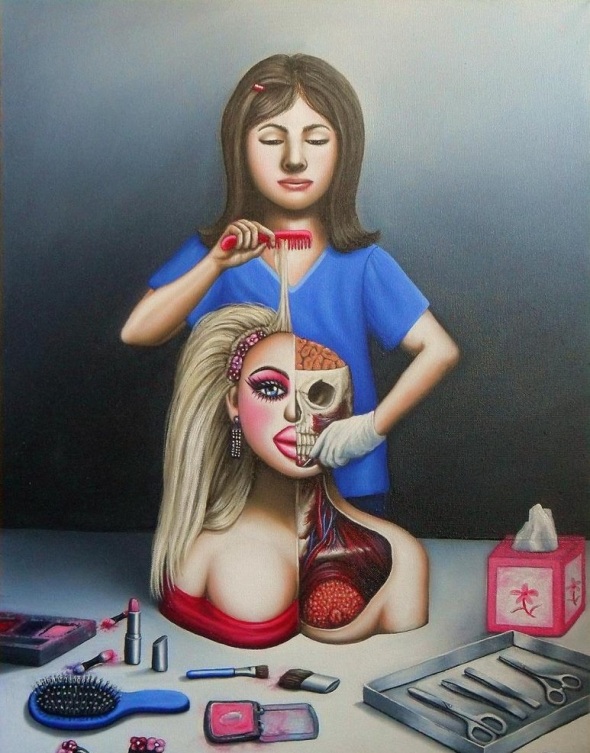 This image is dedicated to young girls everywhere, who are constantly bombarded and sexually objectified by society, manufacturers and the media. You are conditioned to believe that your main goal in life is to become merely an ornament to please and gratify males, and only valued by your sexual attraction, instead of being nurtured of your attributes and talents, that can fulfill and empower you as a whole woman.