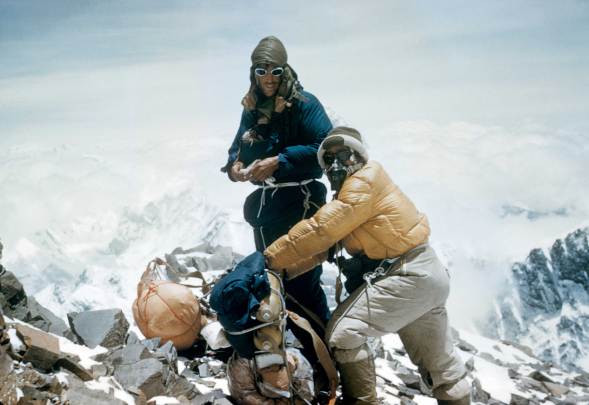 Just to clear up confusion, they are on everest in this picture, but not at the summit. Only Hillary took a picture of Tenzing at the summit, he refused to have his own picture taken.

According to this Swedish source, they are about to start the climb to camp 9, which was their last camp before heading for the summit.

The picture is taken at camp 8, at the South Col, which is at about 8000 meters. The previous summit attempt by Evans and Bourdillon failed, so Hillary and Tenzing wanted to set a higher camp and try to get to the summit from there.

Mountaineers ascending a glacier in the Ortler range, Tirol, ca. 1897

Link to original source from Central Library of Zurich.