Why don’t people realize that we rise and fall as a unified society? 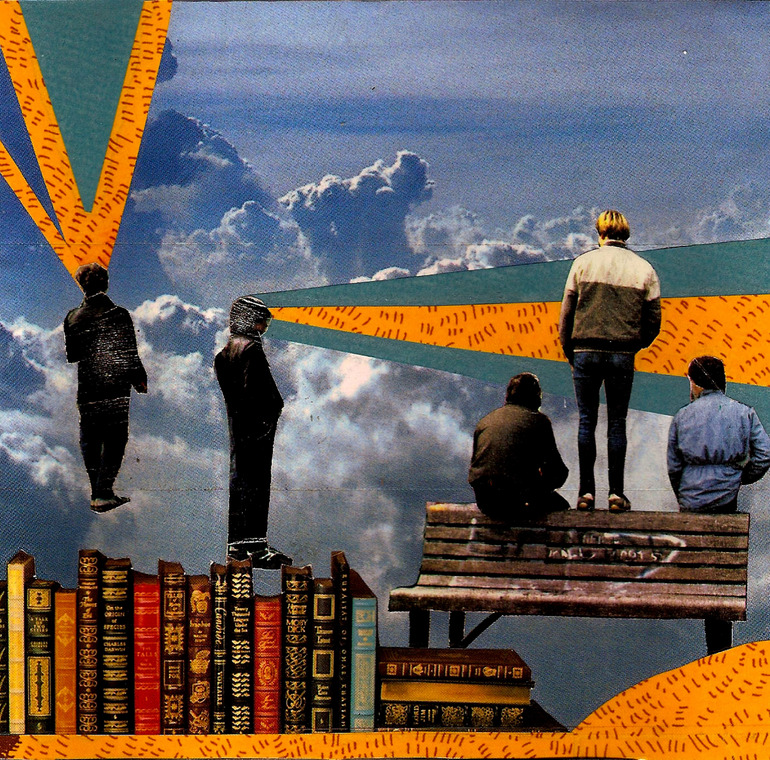 I think the main problem at large is that people have forgotten (or simply don’t realize) that by living as part of a society you inherently sign a social contract. Everyone born into any given social community is opted in automatically without choice or consent. What this means is that you are, by right, part of the community, you benefit from the community’s gains, and you are protected by that community. Now, you can opt out; only if you remove yourself from the social structure and stop taking the benefits provided (i.e. stop paying taxes, move to a different country with a different social structure, become a cave hermit in the remote wilderness) But if you don’t, then you have taken on a set of rules and a responsibility that coincide with the right to all due benefits (the chief responsibility of our society being the stupidly cliché and simplistic “golden rule.”) If every member of the community is eligible, then every member must be responsible to ensure the benefits’ continuous availability. (Although it partly is, this is not solely about money; also respect, security, safety, happiness, and human-rights etc…) This is where the misunderstanding comes in. You aren’t being an ‘evil-commie-socialist’ by giving back to society. It is required of you by the contract, but it’s also in your best interest.

The principle is not based on actual or perceived need, but on potential need. Obviously, there are people that need a lot, as well as people who need for nothing. The important point, though, is that everyone has roughly the same potential to end up in need. Anyone could get sick, anyone could get robbed or cheated, everyone needs access to get an education, everyone will die, anyone could be oppressed. That is the point of the contract; it’s why we have formed our society like this and not a cannibalistic anarchy. By ensuring none of these things could happen to the whole community you are ensuring they can’t ever happen to yourself. No matter how safe and sound you feel, no matter how impermeable or untouchable you think you are, no matter what your station in life may currently be; things change, and tragedy can strike anyone anywhere at anytime.

I’m not talking about a utopia, seriously, just a completely attainable place where people finally understand what it means to live in a community. Just play your part and pay in your share for the society that got you to where you are (You didn’t get there alone, be honest. Everything from your school, down to the road worker and garbage man are deserving of your respect and a return for their labor.) Just imagine, for a minute, a millionaire (whether his money comes from a company he built, his parents, the lottery, or back-breaking work,) he could only have accomplished it on the shoulders of the investors, engineers, teachers, gamblers, doctors or neighbors. That person would not be a millionaire if other people hadn’t held him up; If a doctor hadn’t delivered him or immunized him, if his neighbor didn’t respect or trust him, if a stranger hadn’t lost everything thereby making an opening or an opportunity, if there were no roads or trash collectors or farmers. With out the support of a society in people’s lives, it would be impossible for them to be “successful” in the way most people imagine it to be. There is too much work to be done and too much at stake to try and survive on your own. You can’t have an empire without resources, you can’t run a bank without customers, you can’t be a star without fans. When treating everyone else as less important than yourself, you convince them they aren’t needed and they will start to treat you the same.

Another thought, part of the problem with some of these people is that they haven’t really thought through their priorities. Some of them tie up their happiness in the pursuit of money. If you achieve gaining more money than you need, but you still need to gain more because that’s what makes you happy, isn’t the never ending cycle obvious? It will never be enough, so you will never be happy. Once you’ve gotten to the point that you’ve made so much money that you and each of your children could never spend all of in your lifetimes (and it’s still not “enough”) you should probably try and find something that would actually bring you meaning and happiness (how about instead of living for the profit, you live for the happiness your product brings, or the adventure of scientific discovery?) Wanting money and being rich aren’t inherently bad things, at all. But it is bad doing so for no other reason than selfishness. Not saying you should give all your money away (unless you want to…?) But don’t continue to make a sport of making money at the expense of your community without ensuring other people the same protection and support you had. To those who aren’t millionaires but still have plenty to be comfortable; I’m not saying you didn’t earn your comfort, but as I said before, it wasn’t only you that paid for it. Make sure you aren’t denying others the chance to have your level of health, happiness, comfort, or respect. Tomorrow your house could burn down, your bank could collapse, you could be diagnosed with a brain tumor, an earthquake could destroy your city, a silent majority could try and put you beneath them, or you could be ripped-off, raped or beaten. Where would you be then if society at large wasn’t a force to enable you to stand back up and fix the broken pieces.

A lot of these feelings of overestimated strength, egotistical independence, selfishness, and indifference, are products of an earlier era where these were needed. It was a time where only the strongest or most cunning genes would survive. But it is no longer beneficial to behave this way, we have vastly evolved from the small social groups requiring militant selfishness and ruthlessness. To behave like this now sets you apart from the “new” shift in social structure, which is based on strength in numbers. It damages your relationship with the community, leaving you vulnerable if you alienate yourself. Just because it was/is justifiable on the basis of animal instinct, doesn’t mean that we have to accept it. We have evolved a consciousness that is able to decide to not behave like animals. We can do the right thing for the sake of it being right, not just because it benefits us (which it ends up doing in this case anyway) In all honesty one person wont make or break it. Whether you decide to play along or not, you will still be enjoying all of the rights and privileges that the community tries to make sure everyone has. Until you’re not. If enough people decided to play the game on their own then society will fail. Not for some distant stranger, but for you. In that case, good luck. You’ll need it.

I think Elizabeth Warren expressed my opinion on the social contract very well:

Is It Hypocritical To Be Against “Socialism” But Accept Social Security And Medicare Benefits?

I certainly don’t care that people who are eligible receive Social Security and Medicare, but I think it is highly hypocritical to protest social programs while receiving benefits from social programs.

The Republicans and Tea Baggers favorite chant is how much they are against socialism and big government. And they love to be against any federal Program regardless to who the program helps or how much good the particular program does.

Many of the states with the worst unemployment situations and where peoples unemployment benefits are low or have run out are in the rural south, states like Florida, Mississippi, Alabama, Georgia, Virginia, Tennessee, South Carolina and Arkansas, and those are the very states that are most in need of the cash assistance, food stamps, medical and housing assistance provided by the Federal government yet they tend to vote Republican year after year.

I have always wondered why that is? I think maybe it is the shame from having been on welfare or maybe it’s a reverse psychological thing, where those people know they will get it anyway despite having voted against it.

But for what ever reason they do vote Republican and they do take all of the handouts that the Federal Government provides.

I don’t begrudge any Republican or their family that is down on their luck, and who in these tough times may have lost their jobs or had their family income severely reduced, the help that only the Federal Government is able to provide. Especially those Republicans who even in the best of times live in our poorest states , and to whom life on the public dole has become a way of life leading to a form of dependence on the Federal Government that last from generation to generation.

But what I do resent is that they act like all the help that they get from the government is something sinful, and what I don’t understand is if they hate it so much why do they take it at all?

I think I must be different than Republicans, because if I hated something as bad as they want us to believe they hate welfare and government ran social programs why are so many of the recipients of the benefits of those programs located in the so called Republican Red States?

…We should seriously look at where and why the resentment for the Federal Government social programs is really coming from. It is evident t hat the same people who complain about the cost to the American Tax payers are also some of the biggest users and recipients of food stamps and federal housing assistance. I think that instead of them carrying around racist posters and complaining about the government that a lot of so called Tea Baggers and Republicans simply need to get on the phone and call their case workers and get off welfare…It would be just that simple, and there really is no need for them to argue, march, or protest the government. Just give up those farm subsidies, tobacco subsidies, milk subsidies, get off welfare, Medicaid, Medicare and Social Security and work till you are dead or unable.