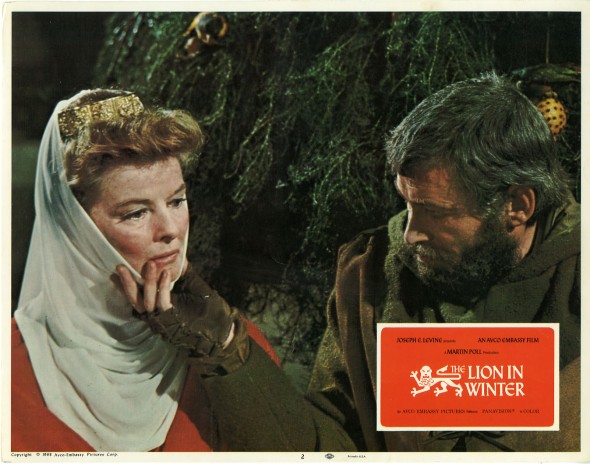 This is one of my favorite movies. It is based on a Broadway play, so it is largely acted out in that style. In short, it is almost completely dialogue. Political intrigue is the name of the game, not chase sequences or steamy love scenes. As such, it takes a bit of understanding to really follow the plot.

The play is set during Christmas 1183 at the castle of Chinon, in Anjou. King Henry II is ruler of England and half of France during the period of the mighty Angevin Empire. He is played in the movie by Peter O’Toole, who truly gives a masterful performance.

Henry is married to Eleanor of Aquitaine, one of my favorite historical figures and during this time the wealthiest woman in all of Europe. She was heir to the great Duchy of Aquitaine in southwest France. At the age of fifteen she was married to Louis VII, son of King Louis VI. The marriage produced several daughters, but no sons, and the marriage was eventually annulled after 15 years. she immediately re-married, this time to Henry, who at the time was known as HenryPlantagenet, Count of Anjou and Duke of Normandy. Henry was engaged in a long-running war over the succession to the crown of England, known as the Anarchy (1135-1153) where King Stephen fought a civil war against Empress Matilda. The war ended in a stalemate with Stephen still holding the crown, but upon his death Matilda’s son, Henry Plantagenet, was to take the thone as Henry II.

The story is primarily about who will succeed to Henry’s throne. Henry and Eleanor have many children, including 4 sons:

Henry the Young King – firstborn and heir, Henry the Young King dies at age 28 in June of 1183, the very summer before the Christmas Court at Chinon when the movie takes place. His death is what throws the Kingdom into confusion as Henry must now choose a new heir from among his other sons.

Richard – the second-oldest, Richard was a born warrior and strong leader, but fought often with his father, and the two would come to open warfare several times before Henry’s death. Richard is played by Anthony Hopkins in HIS FIRST MOVIE ROLE EVER!

Geoffrey – the “forgotten” son, Geoffrey was made Duke of Brittany, but he was never seriously considered for succession, a fact he openly resents.

John – the youngest and Henry’s favorite, was a relatively inept and cruel man who eventually succeeded to the throne after Richard’s death. Within several years he had lost all of his father’s continental territories. The great Angevin empire ended with John’s reign, and his nickname, “Lackland” is a reflection of this. In the movie he is a sniveling young brat, and it is this characterization that has stuck with me whenever I picture what King John must have been like.

Henry and his sons have a rough relationship, and their early history is a repeated cycle of betrayal and secret alliances that pit the brothers and their father against each other in minor wars. Eleanor is an active participant in these affairs, usually by giving diplomatic and financial aid to her favorite son, Richard. Henry resents his wife’s meddling, and so he locks her up in various castles througout England. The Kings of France also play a role in these conflicts, as Richard found a strong early ally in the young Philip, son of King Louis VII. The close relationship between these two is a subject of great historical scrutiny, and many accusations of illicit sexual rendevous between the two have been made. The movie brings this subplot to a dramatic head at a later point in the movie…

By the Christmas Court at Chinon in 1183, Philip II is now King of France, and is a brilliant and cunning man, played with convincing passion by a young Timothy Dalton. He is also invited to the Christmas Court at Chinon, allegedly to resolve a diplomatic situation concerning his half-sister Alais, who had been previously engaged to Henry the Young King before his death, but had now become Henry II’s mistress. Philip now wants either to marry her to another of Henry’s sons, or he wants the dowry money back. Henry wants neither. He wants to keep Alais to himself so he can maintain control over the County of Vexin, a militarily strategic possession on the borders between Angevin and French lands.

The rest of the movie revolves around these various dramatic plots. The costumes and scenery are fantastic, and the acting is top notch. Peter O’Toole gives one of his best performances and Katharine Hepburn gives a satisfying fiery strength to Queen Eleanor. Anthony Hopkins pops his movie cherry in a stellar performance, and Timothy Dalton appears the master of intrigue and backstabbery.

In all, it is an amazing film, and for anyone who enjoys the medival period, or any of these famous actors, it is a MUST see! 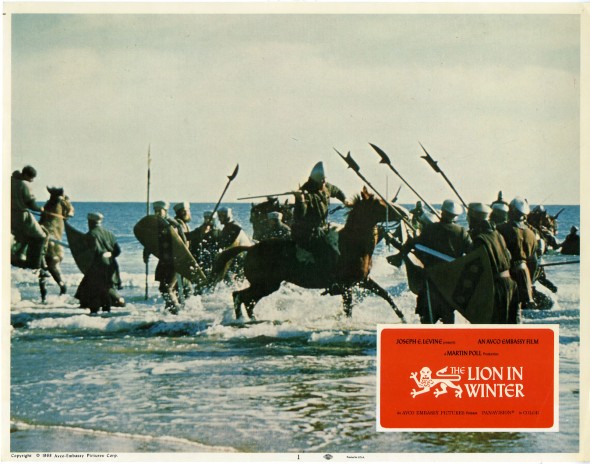