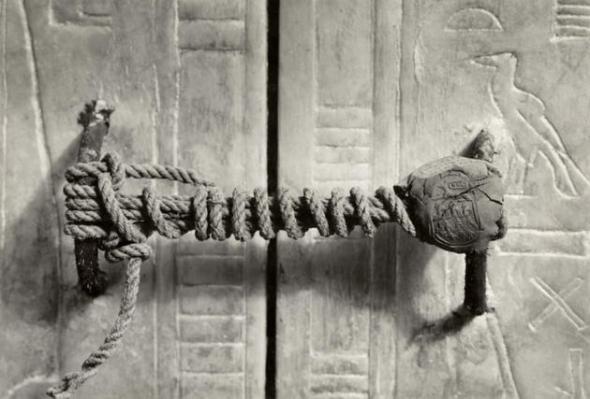 The whole story of how most of the tomb was saved from grave robbers is nothing short a miracle. The tomb was robbed of small items several times shortly after burial, but then, because of its lower position in the Valley of the Kings, the tomb’s entrance was sealed by rocks and mud from flooding and the location was lost until Carter’s discovery. Every other discovered royal tomb there had been basically cleaned out. (… until 1922.)