Wormwood Street in the City of London after the IRA detonated a truck bomb; April 24th, 1993 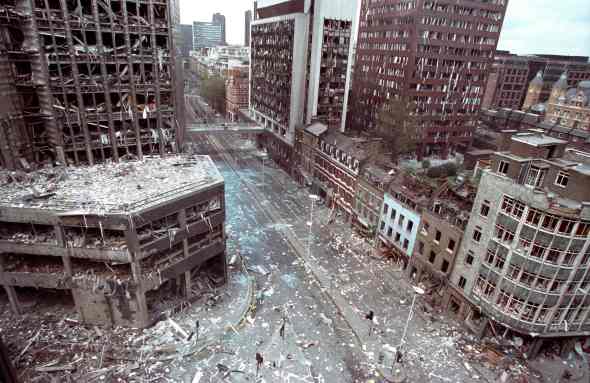 In March 1993 an Iveco tipper truck was stolen in Newcastle-under-Lyme, Staffordshire, and repainted from white to dark blue. A 1 tonne ANFO bomb made by the IRA’s South Armagh Brigade had been smuggled into England, and was placed in the truck disguised underneath a layer of tarmac. At approximately 9 am on 24 April, two volunteers from an IRA active service unit drove the truck containing the bomb onto Bishopsgate. They parked the truck outside 99 Bishopsgate, which was then the Hong Kong and Shanghai Bank, located by the junction with Wormwood Street and Camomile Street, and left the area in a car driven by an accomplice. A series of telephone warnings were then delivered from a phonebox in Forkhill, County Armagh, Northern Ireland, with the caller using a recognised IRA codeword and stating “[there’s] a massive bomb… clear a wide area”. Two police officers were already making inquiries into the truck when the warnings were received, and police began evacuating the area. An Iveco tipper truck, the type used to carry the bomb.

The bomb exploded at 10:27 am causing extensive damage to multiple buildings along a significant stretch of Bishopsgate; the cost of repair was estimated at the time at £1 billion. Buildings up to 500 metres away were damaged, with 1,500,000 sq ft (140,000 m²) of office space being affected and over 500 tonnes of glass broken. The NatWest Tower — at the time the City’s tallest skyscraper – was amongst the structures badly damaged, with many windows on the east side of the tower destroyed; the Daily Mail said “black gaps punched its fifty-two floors like a mouth full of bad teeth”. Damage extended as far north as Liverpool Street station and south beyond Threadneedle Street. St Ethelburga’s church, seven metres away from the bomb, collapsed as a result of the explosion. Civilian casualties were low as it was a Saturday morning and the City was typically occupied by only a small number of residents, office workers, security guards, builders, and maintenance staff. Forty-four people were injured by the bomb and News of the World photographer Ed Henty was killed after ignoring police warnings and rushing to the scene. The truck-bomb produced explosive power of 1,200 kg of TNT.

News footage of the aftermath: 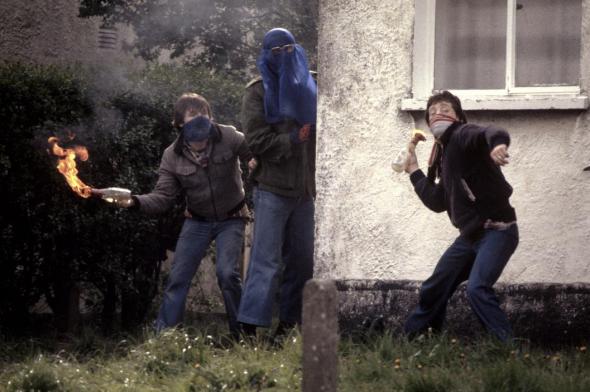 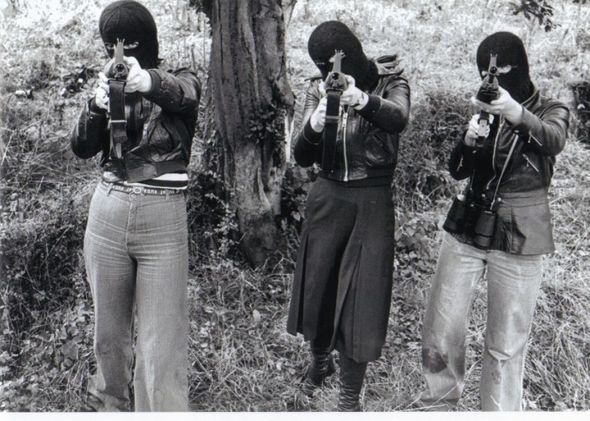 Basically, Britain ruled Ireland like a colony – like they ruled in America or in India. The Irish didn’t like this but it was much harder for them to win their independence due to Britain being right the fuck there. There were also many loyalists in Ireland, further muddying the situation, as well as Irish men in the British army fighting against the IRA. 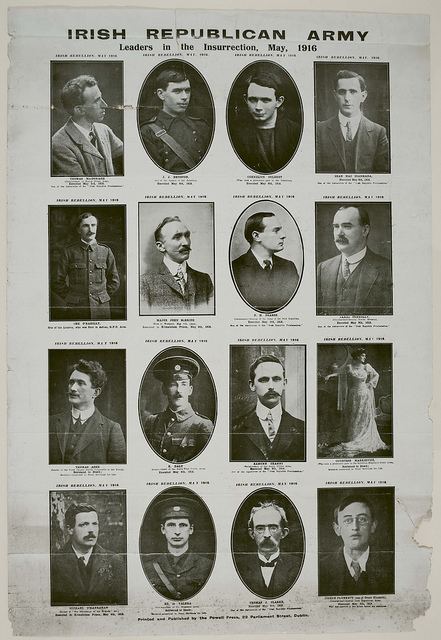 Initially Britain decided to give them representation in parliament instead of their independence, like what N. Ireland has now. That gave rise to a conflict within the IRA, with some of the rebels wanting to end the war and accept the offer of being represented in the legislature, and some of the rebels wanting to continue to fight until Britain gave them complete independence. The separatist faction of the IRA tended to be socialists who wanted independence from England so they could make significant changes to the political and economic workings of Ireland. The others were not exactly loyalists but were capitalists who thought that home rule would be good enough to turn things around without seizing the means of production from private owners and whatnot.

Somewhere along the line, religion came into it, with England being an officially Protestant nation and Ireland being officially Catholic. 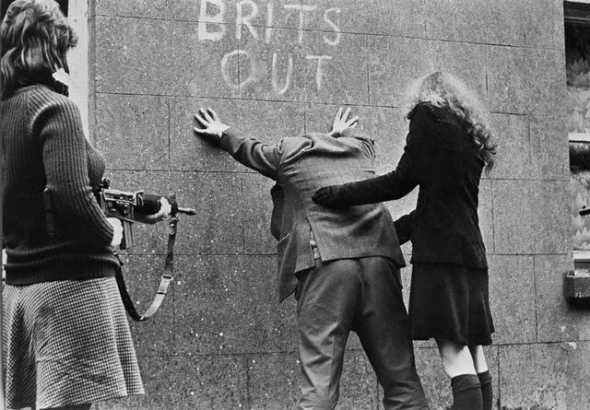 So now you had Protestants being attacked in the Republic, Catholics being attacked in the North, the IRA blowing up everything British on both sides of the line, an argument within the IRA about socialism vs. capitalism leading to them to split into to the National Army (the official standing army of the Republic of Ireland) and the irregulars and thereafter into several different factions, with the British army trying to suppress all of the above from all directions. 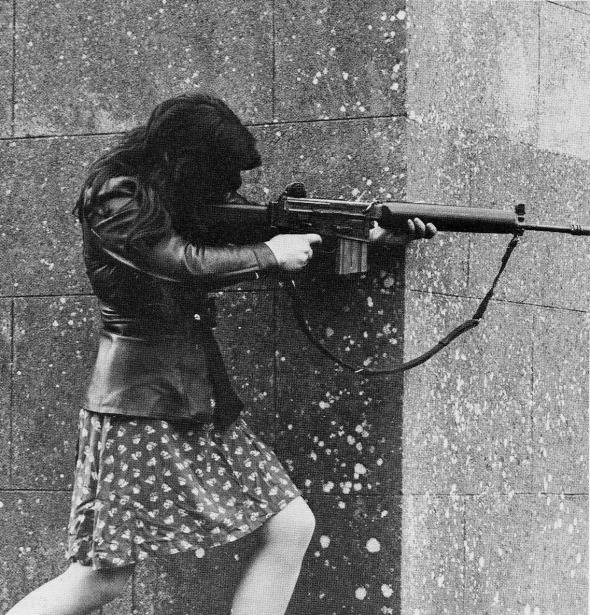