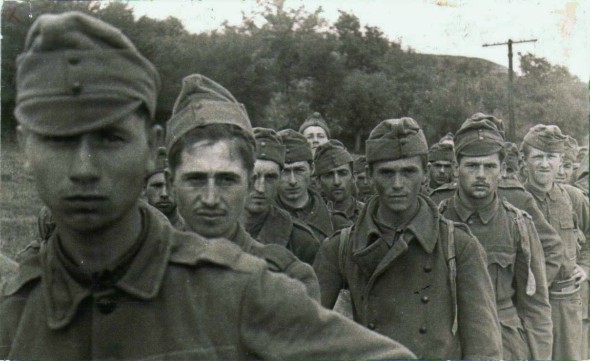 The Hungarian Second Army (Második Magyar Hadsereg) was one of three field armies (hadsereg) raised by the Kingdom of Hungary (Magyar Királyság) which saw action during World War II. All three armies were formed on March 1, 1940. The Second Army was the best-equipped Hungarian formation at the beginning of the war, but was virtually eliminated as an effective fighting unit by overwhelming Soviet force during the Battle of Stalingrad, suffering 84% casualties. Towards the end of the war, a reformed Second Army fought more successfully at the Battle of Debrecen, but, during the ensuing Siege of Budapest, it was destroyed completely and absorbed into the Hungarian Third Army.