“Hitler was was elected by a majority of the people, and that the first acts he took were to establish national health care and take away German citizens’ guns.”- some crazy, paranoid and absurd people in American politics 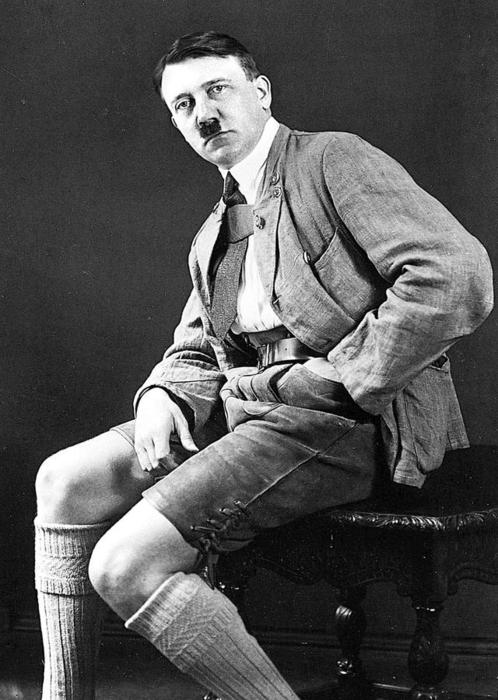 Hitler started in the communities:

Hitler was made Chancellor on January 30, 1933. The Reichstag Fire happened less than a month later, and Hitler used that fire to urge von Hindenburg to pass the Reichstag Fire Decree, which suspended many basic rights of German citizens and allowed for detention of suspects without trial. Hitler used this opportunity to attack the Communist Party, arresting and jailing thousands of them and effectively shutting them down.

The next major act to be passed because of Hitler was the Enabling Act, which allowed Hitler to pass laws without the approval of the Reichstag.

Absolutely wrong again. Gun control in Germany went back to the Weimar Republic, which passed gun control laws partly because of restrictions laid on them by the Treaty of Versailles. Guns were outlawed in 1919, long before Hitler had any sort of power or influence. In fact Hitler actually relaxed the gun control laws in Germany, with a law passed in 1938 which said that the previous restrictions only applied to handguns, not to long guns as had been the case before. (Of course none of this applied to the Jews, who were not allowed to keep firearms.)

To quote from this excellent article debunking the myth:

Prior to the 1938 law, only officials of the central government, the states, and employees of the German Reichsbahn Railways were exempted. The age at which persons could own guns was lowered from 20 to 18. The firearms carry permit was valid for three years instead of one year.

There are a few great resources on the interwebs for debunking this particular myth.

This one, written by Chris Miles. This one from the Straight Dope, and this one from Salon writer Alex Seitz-Wald.

…and Hitler was elected by a majority of people:

As for the general election of July 31, 1932, the Nazis got 37.27% of the popular vote. In the November 1932 elections the Nazi party got 33.09% of the popular vote (this after massive intimidation and voter violence by the SA). In the March 1933 election the Nazis got 43.91% of the vote (this after tens of thousands of Communist Party members and leaders were jailed because of the powers given to Hitler by the Reichstag Fire Act and the Enabling Act).

In November 1933 there was another election, but this one was a complete farce. Hitler had already seized complete control of the government, and the Nazi party was the only legal party. Of course they finally got their majority with 92% of the popular vote.

Neither Hitler nor the Nazi party ever got a majority of the vote.

A good summary of the events leading from the 1932 election to Hitler assuming total control can be found here.

In order to rethink fundamentally the debate surrounding health care reform, we need to first understand what exactly health insurance is and what it insures. With external objects, such as a home, a car, or a boat, we know exactly what a policy insures: a home, a car, a boat, respectively. We insure for the recovery, whether by repair or replacement, of the products that we buy in case of damage or loss.

How About Your Health Insurance?

With health insurance, if we are lucky to have it, we are able to secure funding for the necessary cost of recovering our health from a catastrophic disease. In this sense, there seems to be no difference between a car policy, for example, and a health policy. However, this does seem quite right.

In the case of a car, we understand without a doubt that it is an external object that is physically separate from us. The same with homes, boats, and other things. Unlike these objects, however, our health is not external. It is what makes us function, what enables us to lead productive, meaningful lives. It allows us to be who we are. It is inconceivable to even imagine that our health is somehow external to us. So then can we talk about the health insurance industry in the same ways as we talk about the property insurance industry?

How Then Is Health Insurance Even Possible? Enter Marx.

In order to understand this problem, I propose that we use the Marxian concept of “alienation.” Karl Marx uses this concept to understand the relationship of labor to its product in his manuscripts from 1844, This concept is useful in helping us understand how our health undergoes the same process of “alienation” from ourselves in a dialectic process that makes health both ours, but at the same time not ours. Let me explain.

Let us agree first that to work is human nature. As humans we are defined by the work we do. In fact, we are our work, and our names often reveal that. We are Smiths, Masons, Coopers, Shoemakers, Millers, etc.

However, as soon as these products enter the cycle of being bought and sold for profit, the relationship we have with these products undergoes a fundamental change. They become something alien to us and take on a life of their own, complete separate from us. So as they accrue value, the workers who produced them see their ownership in them diminish while at the same time seeing their own value in proportion to the value of their products diminish. According to Marx, “[t]he greater his [worker’s] activity, therefore, the less he possesses. What is embodied in the product of his labour is no longer his own. The greater this product is, therefore, the more he is diminished.”

This is precisely how the process of “alienation” starts. The worker starts to be “related to the product of his labour as to an alien object.” The “alienation” of the worker in his product means not only that “his labour becomes an object, assumes an external existence, but that it exists independently, outside himself, and alien to him, and that it stands opposed to him as an autonomous power.”

So as the worker works, the more he produces through his work, the more alienated his activity becomes from himself. It becomes a “commodity as it enters a fundamentally different relationship, “a commercial relationship, a relationship of exchange, of buying and selling.” Thus, our work, that which defines us, that which is our nature, becomes the source of profit, not for us, but for those who control it.

Our Health Has Become a Commodity For an Entire Industry.

This process of “alienation of labor” helps us understand just how the health insurance industry works today. Our health, that which enables us to work, becomes alienated from us. We insure our health as if it were an external object just like a car, a home, or a boat.

The way the health insurance industry is set up in today’s America, the “industry” insures our health only as long as it is productive. Our health is wrested from us, made into an external object, with which to draw enormous profit, not for us, but for those who control the “industry.” It is literally “alienated” from us having undergone the transformation from something intrinsic to us to an external product. The health that is insured , however, is not the whole of our health, from good to bad, but only that part that is productive. Only that part that makes profit. Only that part that generates profit.

The word “industry” itself is apt in describing our current insurance system. Under “industry” we assume that there is a concrete, external object produced through human labor that is insurable. The word itself propagates the idea that our health is capital, curiously not our own, but rather the capital with which the industry itself becomes wealthier and wealthier. The recent revelation of the outlandish salaries of the insurance companies’ executives reflects that. Somehow, we feel deep down that this is not right. That our health is not a commodity. That is why there is a great outrage at these exorbitant salaries.

Can You Really Be Alienated From Your Health?

In my opinion, it is absurd to think that our health is something that can be alienated from us, commodified by a whole industry for its profit. Commodities exist solely for the profit of the owners. However, insuring our health is not like insuring a car, a home, or a boat. There is no pretense about these objects being external. If we lose them, we do not die. On the other hand, if we lose our health and our insurance because we are no longer healthy, we die for the simple fact that we cannot afford the care necessary.

It is time to fundamentally rethink the structure of health care. First of all, we need to move away from the notion that our health is something to be insured by an “industry.” The notion that it is any part of an industry is a fundamentally wrong. “Health insurance industry” itself is a misnomer. Health is not a commodity. It cannot and ought not to be commodified. Our health should not be used for profit.

We need to take back the ownership of our health. Let’s bring the care into “health care” instead of giving it to an “industry.” Our lives depend on it.