A policeman stops traffic to allow a mother cat to carry her kittens across Centre Street, New York; July 25th, 1925 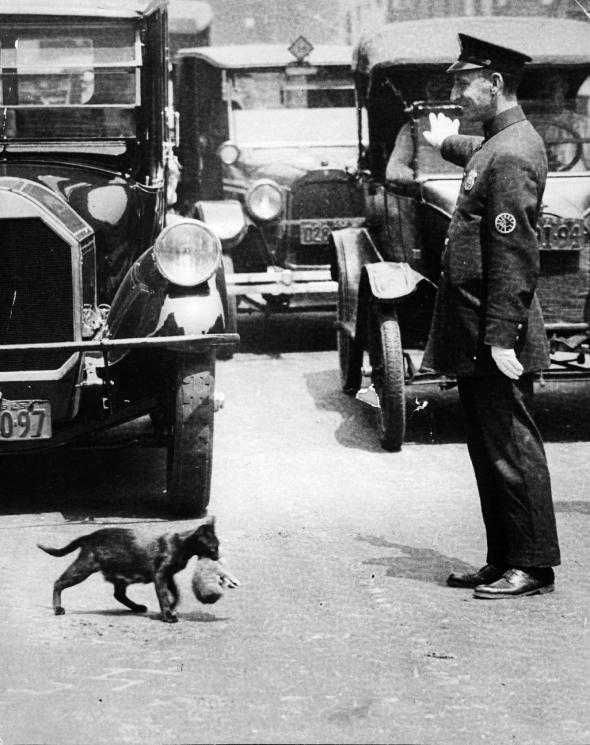 Harry Warnecke, a photographer for the New York News, got a phone tip about a cat trying to carry its kittens home who was tying up traffic because a policeman had stopped the cars on a busy street to allow it to cross. Warnecke arrived after the event was over, but he convinced the policeman and cat’s owner to allow him to recreate the scene. Despite the policeman’s initial reluctance, the cat’s inclination to cross the street diagonally instead of in front of the cars, and furious honking motorists, Warnecke finally got his shot — after three attempts.