Ham the chimpanzee photographed while in orbit; ca. 1961 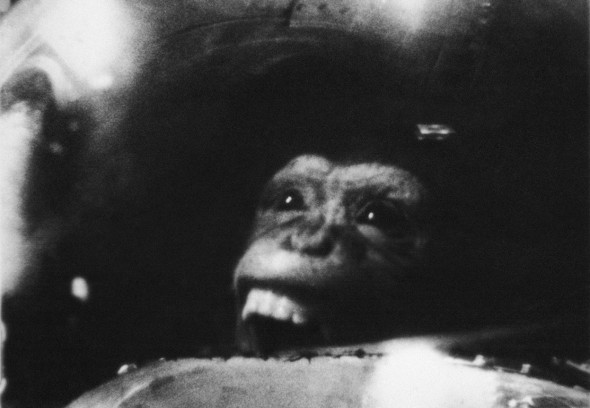 Ham was trained to work with operant conditioning, using a system that would send electric shocks to his feet when he made a mistake and reward him with a banana pellet if he did well.

During the flight, this system went haywire and sent electric shocks even though he was doing a great job at fullfilling his tasks. He was also exposed to almost 15 g’s of acceleration rather than the predicted 11g. Finally, the cabin lost pressure during flight, and reentry damaged the bottom of the craft which started taking in water after landing.

After his historical flight, Ham clearly wanted nothing to do with space anymore and started showing symptoms similar to PTSD. He was thus allowed to retire.