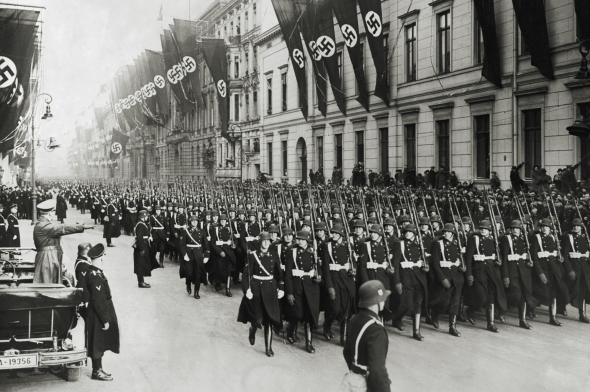 The Night of Broken Glass marked the beginning of the Holocaust. 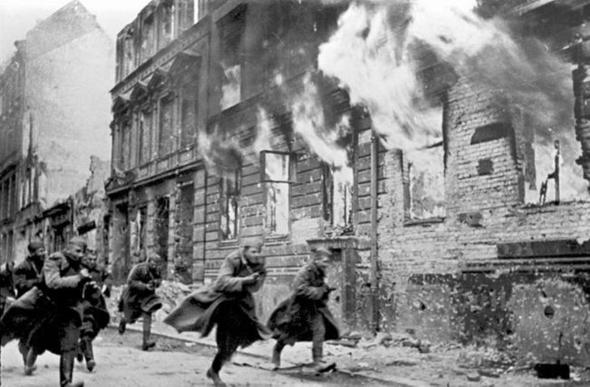 Kristallnacht, also to referred to as the Night of Broken Glass, and also Reichskristallnacht, Pogromnacht, and Novemberpogrome, was a pogrom or series of attacks against Jews throughout Nazi Germany and parts of Austria on November 9–10, 1938. 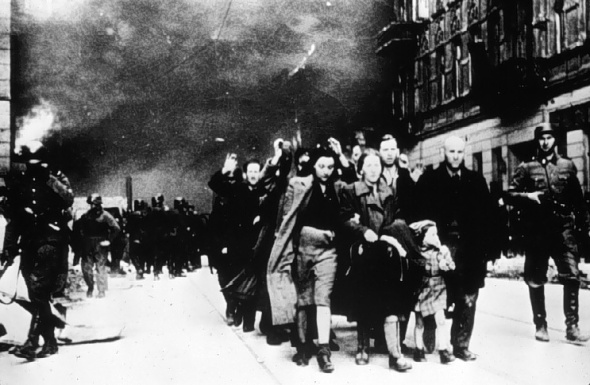 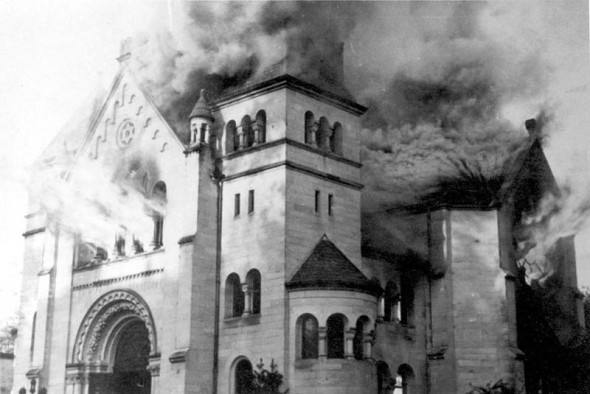 Martin Gilbert writes that no event in the history of German Jews between 1933 and 1945 was so widely reported as it was happening, and the accounts from the foreign journalists working in Germany sent shock waves around the world. The Times wrote at the time: “No foreign propagandist bent upon blackening Germany before the world could outdo the tale of burnings and beatings, of blackguardly assaults on defenseless and innocent people, which disgraced that country yesterday.” (Source) 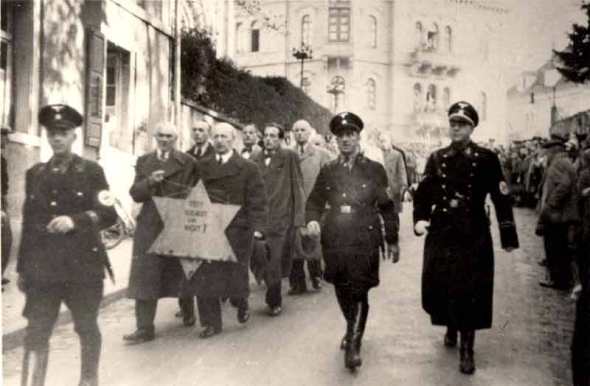 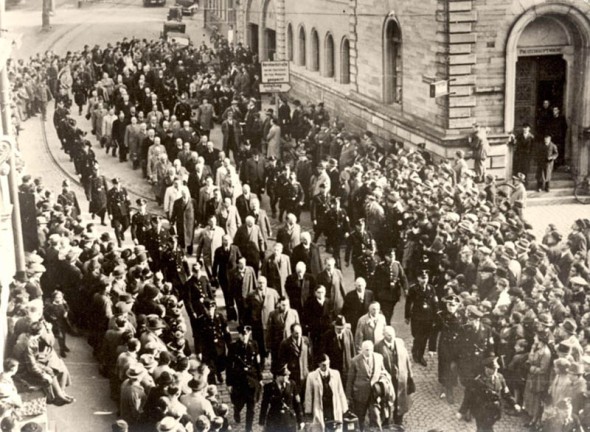 The day after the attacks, on November 11, 1938, both Hitler and his propaganda minister, Joseph Goebbels, appeared at a press conference for foreign correspondents in Munich. There Goebbels announced, “We shed not a tear for them [the Jews.]” He went on to comment on the destruction of synagogues saying, “They stood in the way long enough. We can use the space made free more usefully than as Jewish fortresses.”

“Kristallnacht” provided the Nazi government with an opportunity at last to totally remove Jews from German public life. It was the culminating event in a series of anti-Semitic policies set in place since Hitler took power in 1933. Within a week, the Nazis had circulated a letter declaring that Jewish businesses could not be reopened unless they were to be managed by non-Jews. On November 15th, Jewish children were barred from attending school, and shortly afterwards the Nazis issued the “Decree on Eliminating the Jews from German Economic Life,” which prohibited Jews from selling goods or services anywhere, from engaging in crafts work, from serving as the managers of any firms, and from being members of cooperatives. In addition, the Nazis determined that the Jews should be liable for the damages caused during “Kristallnacht.” “The Decree on the Penalty Payment by Jews Who Are German Subjects” also imposed a one-billion mark fine on the Jewish community, supposedly an indemnity for the death of vom Rath.

Although the atrocities perpetrated during the Night of Broken Glass did arouse outrage in Western Europe and the United States, little concrete action was taken to help the Jews of Germany. At a press conference on November 15th, President Roosevelt said, “The news of the past few days from Germany has deeply shocked public opinion in the United States… I myself could scarcely believe that such things could occur in a 20th century civilization.” The president also instructed that the 12,000-15,000 refugees already in the U.S. on temporary visitor visas could remain in the country indefinitely. (Source)

END_OF_DOCUMENT_TOKEN_TO_BE_REPLACED 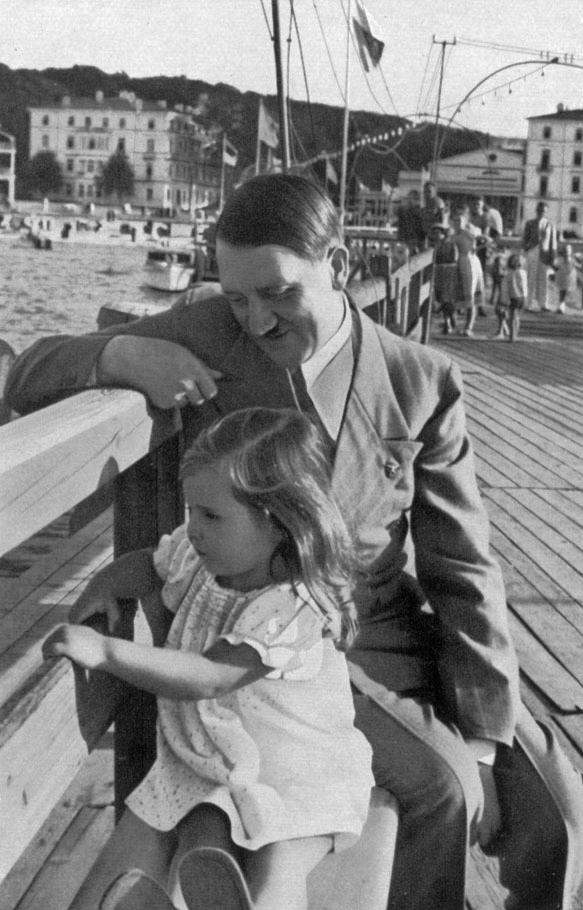 “You’re so cute I could just Goebbel you up!” -Adolf Hitler

Joseph Goebbels, chief propogandist for the Nazi party in Germany, and his family fled to a segment of Hitler’s underground bunker during the waning days of World War 2. On May 1, 1945, a day after Adolf Hitler had performed his own suicide and appointed Goebbels Chancellor of Germany, Goebbels directed a physician to administer morphine to his six children and had cyanide capsules crushed in their mouths. Helga was 12. The youngest, Heidrun, was 4. Joseph and Magda Goebbels committed suicide shortly after. The only survivor of the family was Harald Quandt, the son of Magda’s previous marriage, who died in a plane crash in 1967.

Everybody should watch Downfall (Der Untergang) because it is extremely relevant and just an amazing movie besides. 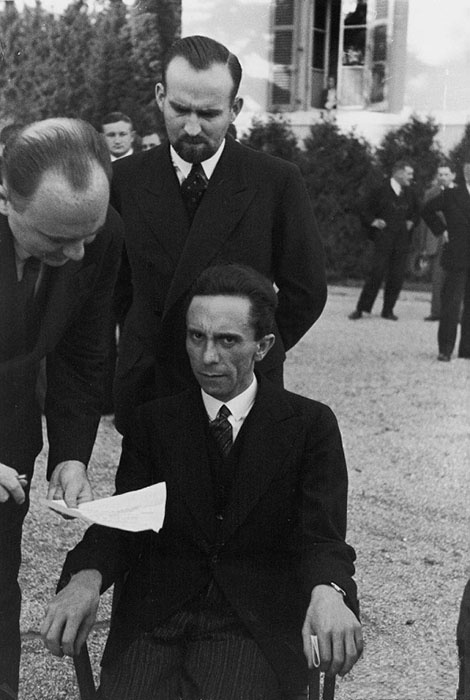 At a League of Nations conference in 1933, Nazi Propaganda Minister Joseph Goebbels remains seated while speaking to his interpreter. German-born Alfred Eisenstaedt, later one of the founding photographers of LIFE, recalled that Goebbels smiled at him until he learned that Eisenstaedt was Jewish — a moment Eisenstaedt captured in this photo. Suddenly, “he looked at me with hateful eyes and waited for me to wither,” the photographer recalled. “But I didn’t wither.” Not only didn’t he wither, he managed to take perhaps the most chilling portrait of pure evil to run in LIFE’s pages.

From the 1985 book, ‘Eisenstaedt on Eisenstaedt: A Self-Portrait‘

In 1933, I traveled to Lausanne and Geneva for the fifteenth session of the League of Nations. There, sitting in the hotel garden, was Dr. Joseph Goebbels, Hitler’s minister of propaganda. He smiles, but not at me. He was looking at someone to my left. . . . Suddenly he spotted me and I snapped him. His expression changed. Here are the eyes of hate. Was I an enemy? Behind him is his private secretary, Walter Naumann, with the goatee, and Hitler’s interpreter, Dr. Paul Schmidt. . . . I have been asked how I felt photographing these men. Naturally, not so good, but when I have a camera in my hand I know no fear.