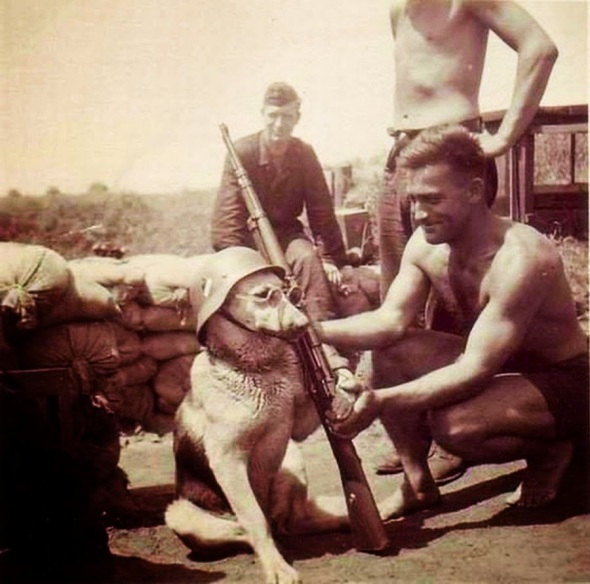 He actually looks like the gestapo man from raiders of the lost ark.

It’s funny to think about how much things have changed in the world, in just about every single way possible, from 1940 to 2014. Think about it… and yet, we all still do stuff like posing our dogs wearing human things.

Because that stuff is always hilarious, regardless of what else is going on.

Pretty beautiful if you think about it.

Adolf Hitler and his German Shepard (“Blondi”) on the balcony of The Berghof; ca. May 1942 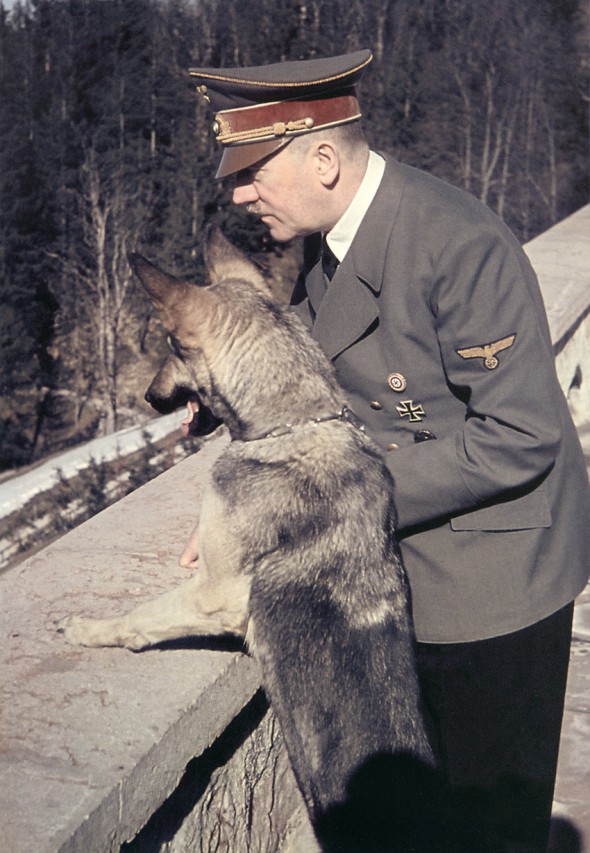 “Hitler expressed doubts about the cyanide capsules he had received through Heinrich Himmler’s SS. To verify the capsules’ potency, Hitler ordered Dr. Werner Haase to test them on his dog Blondi, and the dog died as a result.” 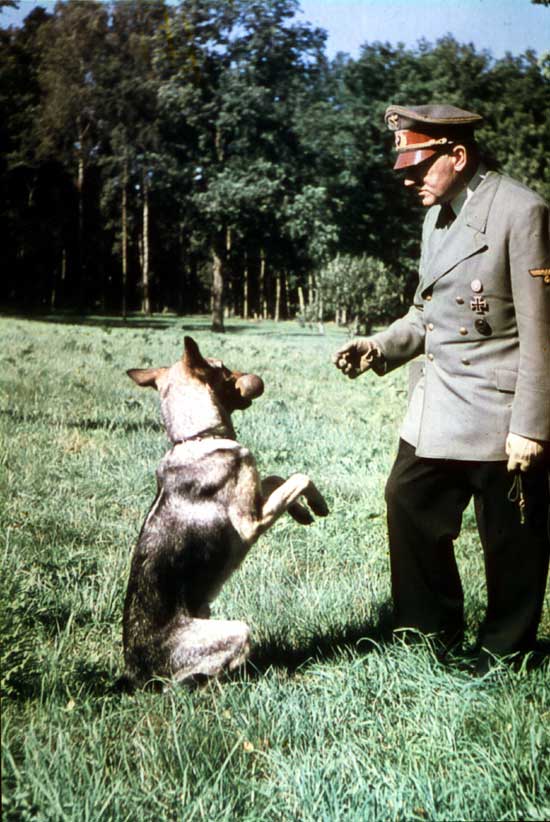