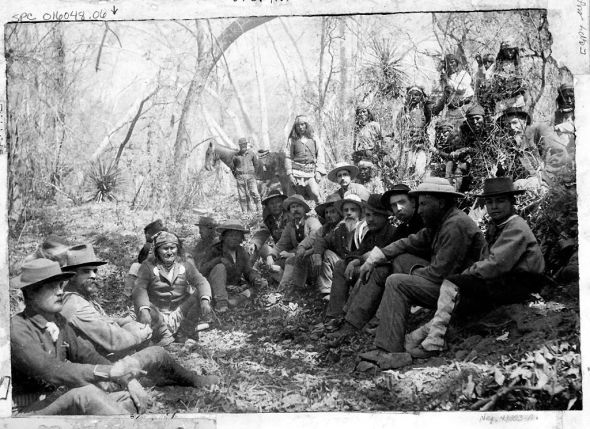 This picture was taken during a conference held March 25 and 27, 1886, at Cañon De Los Embudos (Cañon of the Funnels), 20 Miles SSE of San Bernardino Springs, Mexico, on the Sierra Madre Mountains, by a photographer named C.S.Fly.