Sergeant Joseph Levin of the American Army Chemical Warfare Service and his horse stand in an unidentified gas cloud; ca. 1930-1935 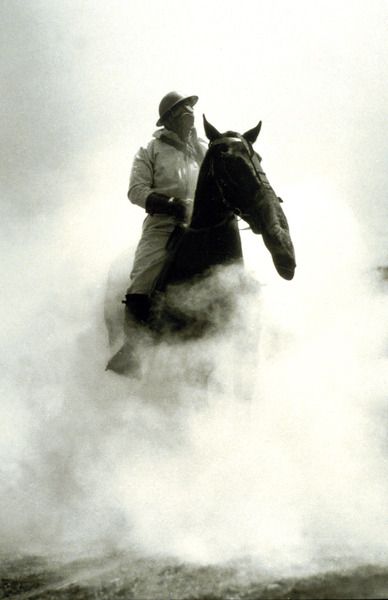 Lieutenant-Colonel Edward Harrison (1869–1918) was a British pharmaceutical chemist who gave his life in the First World War to save troops from gas attacks. He tried to join up when war broke out, but was refused as he was in his forties at the time. Later, however, he was accepted into a Pals Battalion. Chemical warfare surfaced after Germany first tested chlorine gas in Ypres in 1915, and when the British War Office gathered a team of chemists to research the threat, Harrison was a key member. In 1916, he produced the first box respirator, and he and his team tested it themselves—they locked themselves in a room with lethal chemical agents to prove the mask’s efficiency. The development and perfection of the mask led to promotions and distinctions for Harrison, but after working tirelessly and exposing himself to horrific hazards, he died from pneumonia only a week before the Armistice was signed. Winston Churchill wrote to Harrison’s widow offering his sympathies and his deepest admiration—because although it cost Harrison his own life, his invention saved millions more. 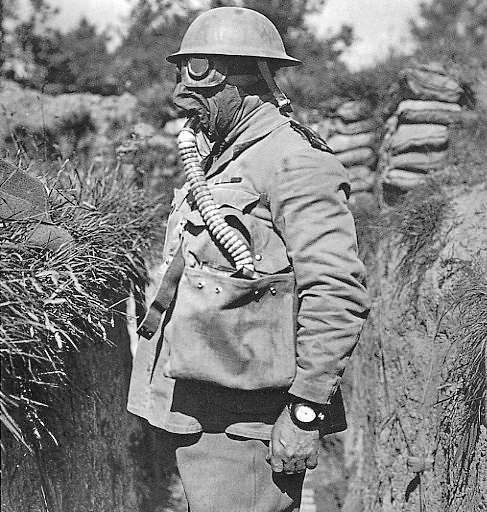