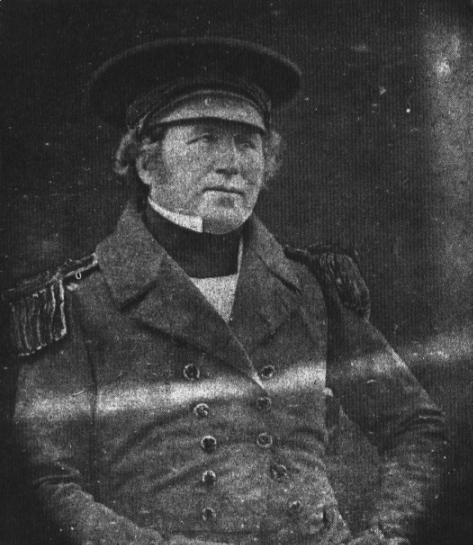 The preserved body of Royal Navy stoker John Torrington who died in 1846 during Sir John Franklin’s lost expedition in the Canadian Arctic; ca. 1984

Petty Officer John Shaw Torrington (1825 — 1 January 1846) was an explorer and Royal Navy stoker. He was part of an expedition to find the Northwest Passage, but died early in the trip and was buried on Beechey Island.

Torrington was a part of Sir John Franklin’s final expedition to find the Northwest Passage, a sea route to Asia, via the northern edge of North America. They set off from Greenhithe, England in two ships, the HMS Terror and HMS Erebus, on 19 May 1845. The trip was expected to last about three years, so the ships were packed with provisions which included more than 136,000 pounds of flour, 3,684 gallons of high-proof alcohol and 33,000 pounds of tinned meat, soup and vegetables. However, after late July no one heard from or saw the crew again.

Since Torrington was one of the earlier of Franklin’s crew members to perish during the arctic expedition, he was buried in a tomb beneath approximately five feet of permafrost by his fellow men.

As a result of the subzero arctic temperatures, Torrington was preserved remarkably well with identifiable features including bright, pale blue eyes and skin that was still intact despite bruising and yellowing. A fellow crew member who had died around the same time and was buried next to Torrington also showed minimal signs of decomposition.

A full, four-hour autopsy was performed on Torrington’s body in 1984 with the permission of living descendants. The procedure was performed out in the open arctic air; it consisted of dissecting and sampling each of the body’s organs,bone examination, and extraction of hair, and nail samples for analysis. The autopsy team then re-dressed and re-buried the body in its arctic tomb.

Torrington had developed a fatal case of pneumonia prior to the disappearance of Franklin’s expedition. Bone tissue samples taken from the body in 1984 also revealed that Torrington had lead poisoning; a common condition of arctic explorers of the time due to early canned foods as a primary food source. Additionally, inspection of the lungs also indicated that Torrington was likely a cigarette smoker, a plausible theory as he came from an industrial region of Britain. The lead poisoning and history of smoking would have worsened the symptoms and severity of pneumonia thereby leading to Torrington’s demise around 1846.

Torrington’s body was bound with strips of cotton to hold the limbs together during preparation for burial: 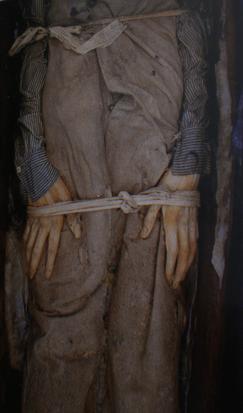