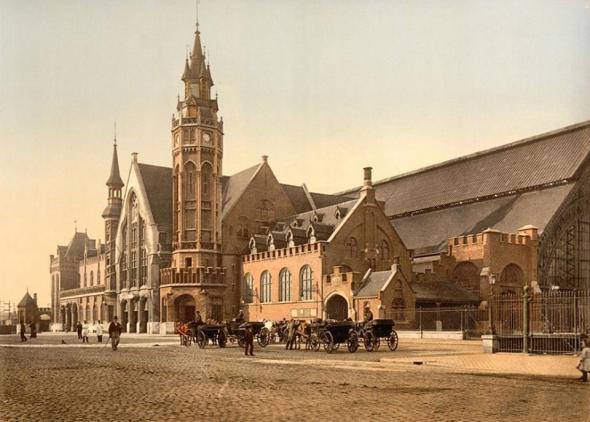 It was built in 1886, to replace the first railway station that was built in Classical style (the old one was moved to Ronse, because it’s the third oldest in the world).

It was decided in 1899 that this one was a nuisance to the neighbourhood, since it cut off the Western part of Bruges. The works for a new railway station outside the city started in 1910, but were delayed by the first world war. Only in 1936 was the third railway station finished.

Ten years later the second building (this one) was demolished.