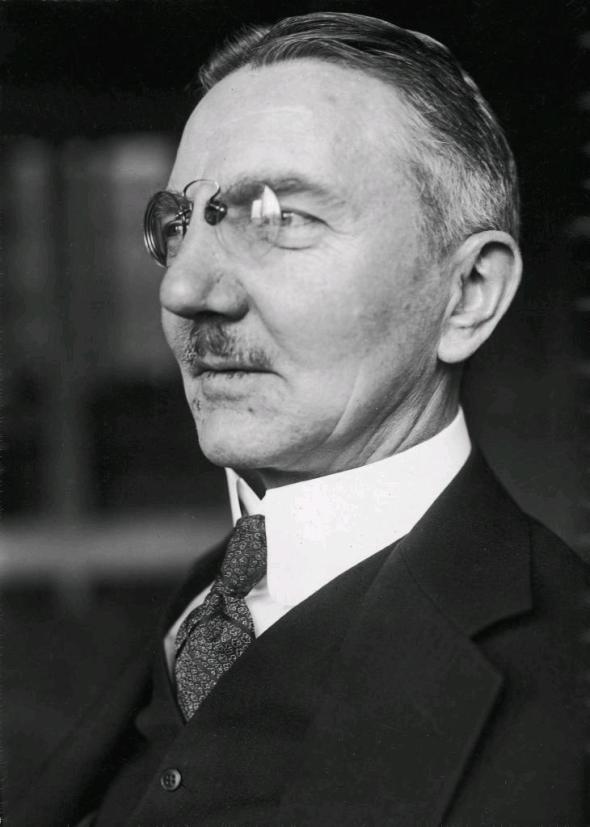 Hjalmar Schacht was an economist of the Weimar Republic and for the Nazis until his dismissal in 1937 due to his opposition to German rearmament. He was known for working with or developing several schemes that the Germans used throughout the interwar period.

The first scheme he was known for was the introduction of the Rentenmark. The currency of the Weimar Republic was normally the Reichsmark, but several things happened after World War I that caused great turmoil in the German economy. Many Germans considered the reparations to be a great outrage (as reparations are paid in “defeat,” and in the view of many Germans, Germany had not lost the war). To that extent, the Germans were willing to sabotage their own economy in an attempt to get the reparations waived or dismissed, due to a supposed German inability to pay it. This is all documented in Sally Marks’ “Myths of Reparations.”

One mechanism of their attempts to sabotage the reparations was to print large amounts of their currency. While there were several relatively sane ways that the Germans could purchase the gold and goods necessary for reparations, such as issuing bonds, raising taxes, or even taking on foreign currency debt, the Germans instead deliberately chose to print Reichsmarks, in an effort to wreck the German economy, thus bringing the Entente to the table to renegotiate the reparations. And it worked-the Dawes and Young Plans, created in the wake of the ensuing Weimar Hyperinflation, allowed to Germans to restructure and reduce the amount of reparations. This was of course at the expense of two years of German economic growth, which resulted in gross wealth destruction and was only fixed by the introduction of the Rentenmark. The Rentenmark, which Schacht was one of several economist that developed the scheme, was a substitute Reichsmark that used German land (real estate) as collateral, much in the lines several other countries used gold or silver to back their currencies. This was introduced into the German economy and helped to restore stability.

It should be noted that during this time, Schacht was only one of a handful of economists and political figures that assisted in the Weimar Republic’s return to economic growth. Hans Luther and Karl Helfferich were the main economists responsible for the Rentenmark. 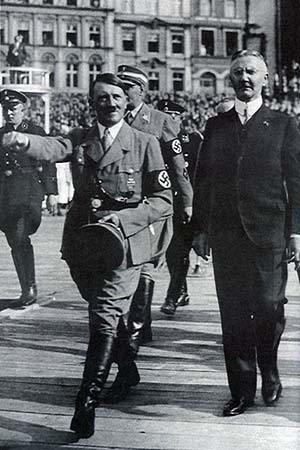 Schacht in Nazi Germany, because of his political support and his rather sketchy if not outright illegal financial maneuvering to support the Nazis, was able to become Minister of Economics. During this time, he continued the programs of the previous German administration (namely, public works to artificially lower unemployment numbers, such as the autobahn) and expanded them into a general plan for German autarky. The two main issues he had to deal with were the lack of foreign reserves (caused by the German sell off due to the Great Depression) and the means of rearmament.

Simply put, if Germany ran out of foreign reserves, it would not only be hard pressed to trade with other countries but it would also severely weaken the strength of the German mark. To get around this, Schacht helped structure several trade transactions with South American, European, and even a handful of Asian countries whereby German could acquire strategic materials necessary for rearmament in exchange for either German marks or German goods, which would allow time for the Nazis to balance the foreign reserves deficit (which they never did, instead doubling down on it to increase the rate of rearmament).

The Mefos bills that he created were another tool whereby the Germans could secretly rearm themselves using economic tricks. As president of the Reichsbank, Schacht in theory was only supposed to be a lender of last resort-namely, his job was to be independent of the government and only to step in to preserve monetary stability. However, by issuing Mefos bills, he was able to secretly (if not fraudulently) loan money directly to the German government through a dummy corporation.

This allowed the German government to take on far more debt than any sane investor would have bought on, at a lower rate of interest. For a simple finance lesson, the more debt a country has, the greater the risk. An investor would demand a higher interest rate in return for taking on this higher risk. Since the interest rate for Germany was essentially fixed around 4.50%, this meant there was a theoretical ceiling after which nobody would be willing to buy German government bonds. Through the use of the Mefos bills, in addition to hiding arms purchases from Britain and France, they were also able to bypass this ceiling.

Of course, this would have been completely unsustainable, and would have required the acquisition of large amounts of foreign reserves to balance out the fact that the ostensibly independent Reichsbank was in fact loaning money to the German government, which would otherwise cause rapid inflation as it turned out German currency wasn’t worth what people thought it was. This was part of the reason why the Nazi government chose to invade many countries-one of their most important objectives was the seizure of all the currency and reserves in the various banks, to feed the gaping maw in the German economy left by Schacht and the Nazis’ policies. 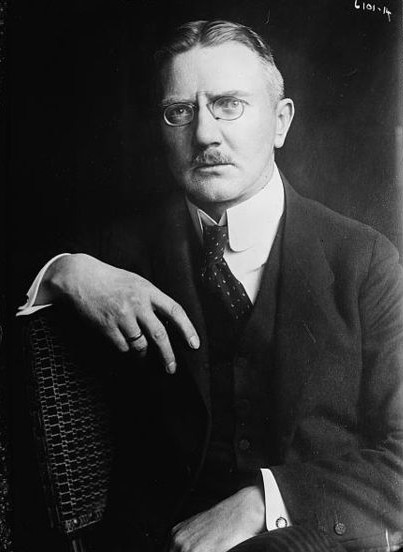 At the end of the day, Schacht wasn’t a particularly brilliant economist, but he did participate in both legitimate economic schemes (as the Rentenmark) as well as some more fraudulent ones (like the Mefos bills) in order to keep Germany’s economy afloat. Still, the fact remains that despite his willingness to fund German rearmament, Nazi rearmament was still too fast even for him, which eventually led to his resignation and collaboration with the German resistance. This should show that he was not in fact some lone genius, but rather one of several German economists that happened to be in a position of leadership during the Weimar Republic and later the Nazi regime.

Sally Marks, The Myth of Reparations 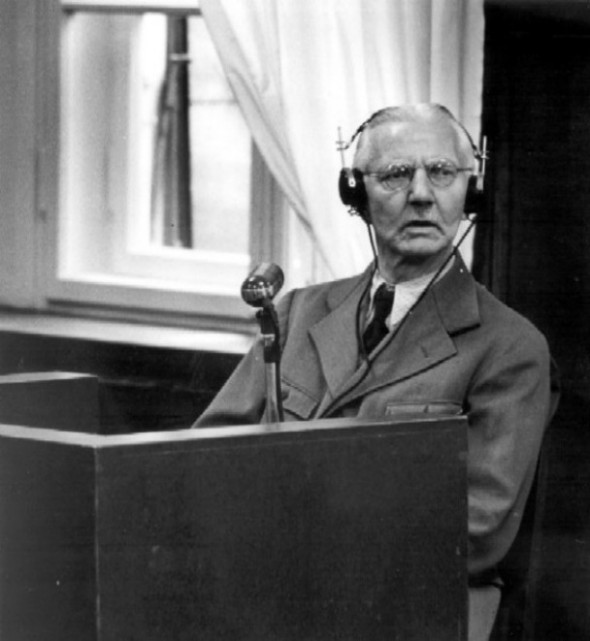 SA (Sturm Abteilung or “Brownshirts”) call for the boycott of Jewish shops in Friedrichstraße, Berlin; April 1, 1933. 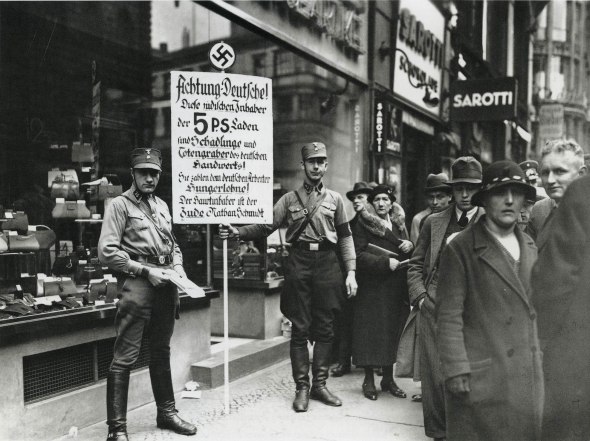 The sign says: “Germans, Attention! This shop is owned by Jews. Jews damage the German economy and pay their German employees starvation wages. The main owner is the Jew Nathan Schmidt.” 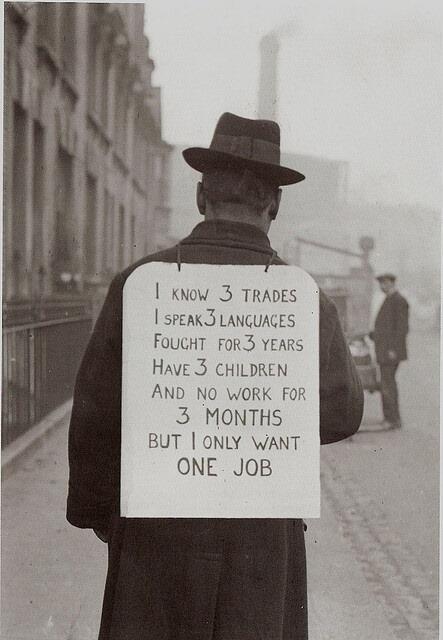