Interesting fact: John Tyler is the only President to die without US citizenship. 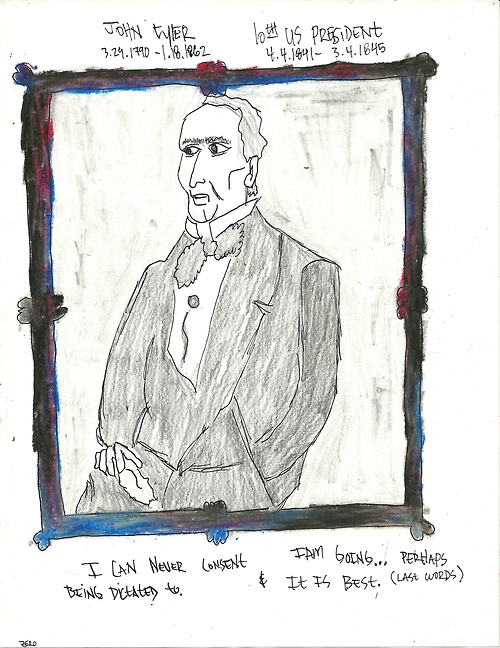 Why? While he attempted to prevent the war as a sponsor and chairman of the Virginia Peace Convention, the convention was unsuccessful. When the war finally did break out, Tyler joined the Confederacy, like many other Virginians with ties to the Federal government. Well, he was elected to the Confederate Congress in 1862, and in doing so, he gave up his US citizenship. Soon after his election, he suffered a stroke and died. Since he died before the end of the war and the readmission of the states and citizens, he died without regaining his citizenship. (President Tyler sought to avoid the war, but when he saw it as inevitable, worked to ensure Virginia’s victory.)