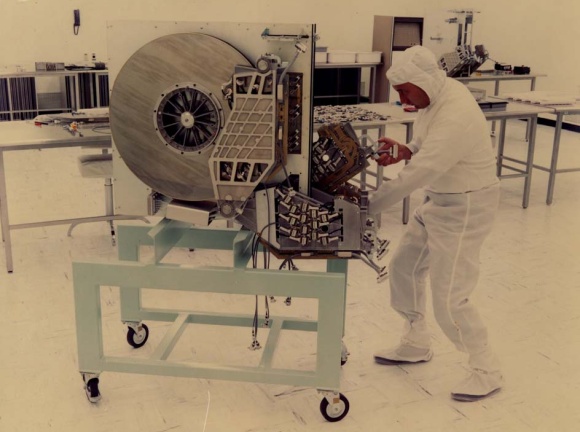 To think now, I have 16gb of flash storage on my phone and 3 terabytes of hard disk space with an extra 250gb of solid state storage on my computer but back then this was groundbreaking stuff. Makes me scared for the future in a way. Imagine when we think back and say “I can’t believe I ONLY used 3 terabytes”.

A computer programming classroom in the Soviet Union; a poster on the wall reads ‘Train BASIC Everyday!’; ca. 1985

The Soviets had a very diverse and powerful set of computational hardware and languages, and having developed in relative isolation from the rest of the world (*They had to wait for it to be released, reverse engineer it, and then attempt to reproduce it), they’ve built some pretty unique stuff.

There are websites out there dedicated to documenting this fascinating subject.