Tsar Nicholas II shoveling snow in a park while under captivity in Tsarskoye Selo, Russia; ca. 1917 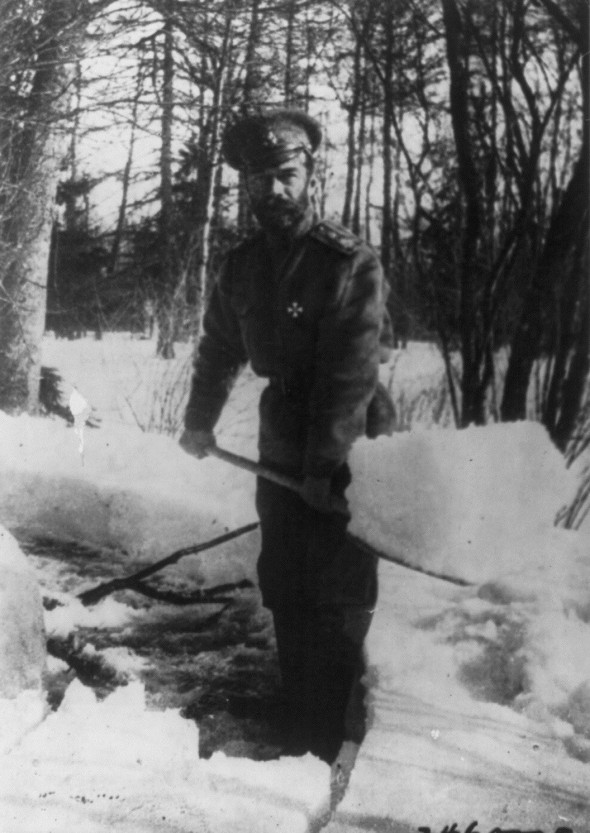 Winnipeg the Bear, is seen here with Lt. Harry Colebourn when she was the unofficial mascot of a Canadian cavalry regiment; ca.1914 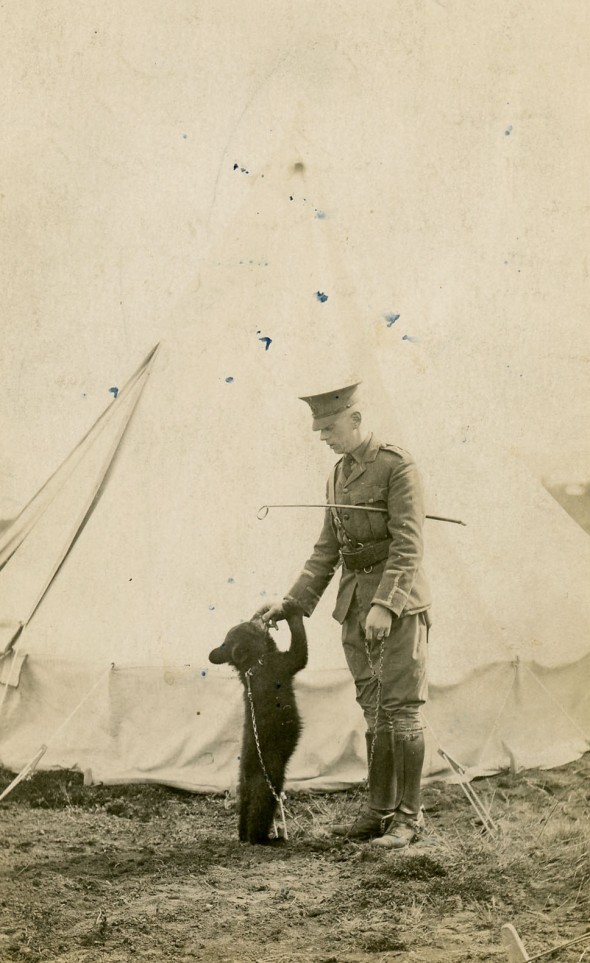 She was bought as a small cub for $20 (probably from the hunter who had shot her mother) at a stop in White River, Ontario, by Lt. Harry Colebourn of The Fort Garry Horse, a Canadian cavalry regiment, en route to the Western Front during the First World War. The bear was smuggled into Britain as an unofficial regimental mascot. Lt. Colebourn, the regiment’s veterinarian, named her after his home city of Winnipeg, Manitoba. Before leaving for France, Colebourn left Winnie at London Zoo.

Winnipeg’s eventual destination was to have been the Assiniboine Park Zoo in Winnipeg, but at the end of the War, Colebourn decided to allow Winnie to remain at the London Zoo, where she was much loved for her playfulness and gentleness. (From Wikipedia) 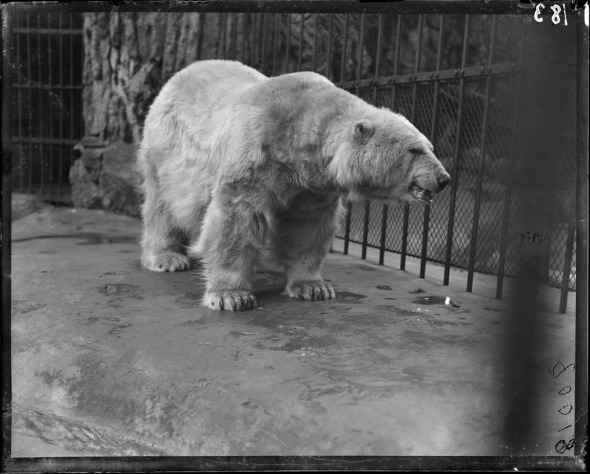