Birth Control and the GOP:

The GOP is working on taking birth control and abortion rights away from women, because their religion tells them to. That’s not liberation. (If their religion says they shouldn’t take birth control, they shouldn’t take it. At that point they are exercising their rights. When they start trying to control others, they are taking away religious freedom…)

Many Republicans have gone on record to say their objective is to ban all birth control, including condoms, the pill and IUD’s, because they either prevent conception or prevent implantation of the fertilized egg. And this is ignoring the fact that, for the average women who does want to become pregnant, up to 20 fertilized eggs either abort naturally or fail to even implant for every child that gets successfully brought to term.

And it’s only myopic fundamentalists with an unnaturally and immaturely black-and-white view of things that would equate birth control (preventing a fertilized egg from implanting) with shooting a fully formed and normally born baby. The reproductive process, like so many things in this world, is a non-binary analog-like spectrum. There is no hard and clear boundary between a random collection of cells that cannot exist independently of woman’s body (like any tumor, wart or organ) and a fully developed individual that can exist outside the reproductive life support system. Rather, it is a gradual progression from a part of the woman’s own body to a separate individual, with many generally identifiable stages in between where the process can (and does, more often than not) fail.

All birth control does is add one more hurdle to the process in an early enough point in the process such that what fails is nearly always still a 100% natively-biological cast-off from the woman’s body. As such, just like removing a wart or excising a tumor, it’s the woman’s inalienable right to do this. To take away that right is no different that to impose forced sterilization on men.

Birth control freed females at last from the age-old tyranny of enforced, non-stop childbearing. But the Republicans have made their aim clear: to catapult women’s rights back by decades – and keep women enslaved as second-class citizens. 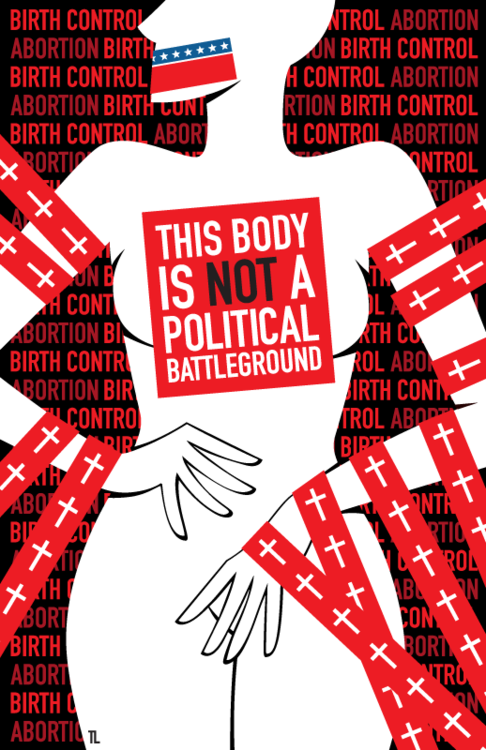