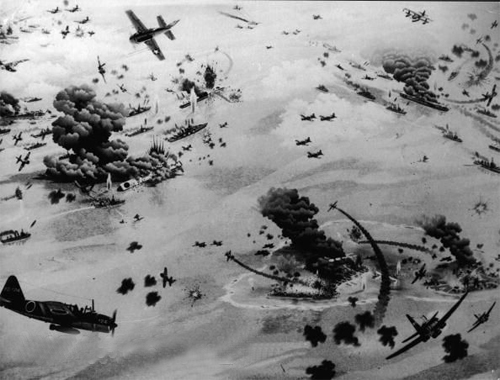 “Before Japan’s attack on Pearl Harbor, Emperor Hirohito criticized plans to go to war with the United States as ‘self-destructive,’ and opposed an alliance with Nazi Germany, though he did little to try to stop the war that Japan waged in his name, according to the long-awaited official history of his reign released on Tuesday.” (Source)

Well, I can imagine that there are some things doctored, but there is definitely some truth behind this. For years, there has been information coming out how the Emperor was hesitant about the war, as well as wanting to surrender well before Nagasaki and Hiroshima. It isn’t out of the question for Emperors/Kings to be ‘taken’ advantage of in times of war. Look at the bombings of England in WWI by Germany, the Kaiser was some-what left out of the loop there.

I am more interested if these texts talk about the war crimes that Japan committed and on what level was the emperor aware of these atrocities, not so much the whole US/Japanese relations. Japan terrorized and murdered millions of people, and that is often forgotten in the western world. And this is a sensitive subject for Japan and countries in its close proximity, mostly because Japan does not admit these things actually happened.

The Emperor was not held accountable what-so-ever for the crimes that were committed in his name; (imagine if Hitler didn’t shoot himself, surrendered, and then set free. That’s how some countries feel about this). In the western world, the German people were held personally responsible for WWII (I’m not saying this was right or wrong, just that it happened), while Japan was more or less ‘forgiven’ after having some higher-ups executed.

To this day, countries still HATE one another because of what happened in this time in history. While in Europe (Western Europe anyways), countries have made great progress in improving the relations between one another.