American soldiers celebrate the Armistice and the end of the fighting; Nov. 11, 1918 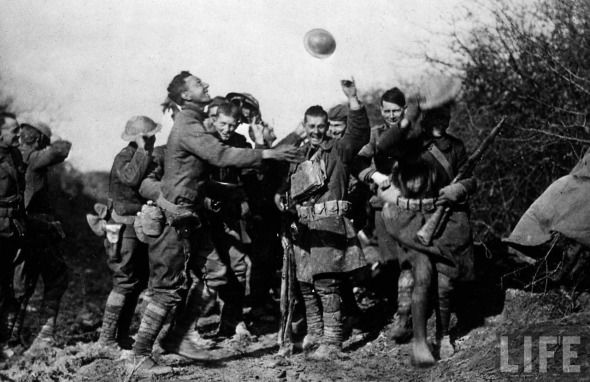 In some sectors, fighting continued right up to the moment before the cease fire. The last soldier killed as an American who charged German positions only a minute to 11am, when the Armistice came into effect.

(The American, Henry Gunther, apparently had been demoted earlier, and was desperate to redeem himself, so it was a last chance at glory, but generally speaking, many officers felt that it was proper to continue fighting right up till the end. If for whatever reason the cease fire didn’t work, they wanted to be sure they were still placed well.)