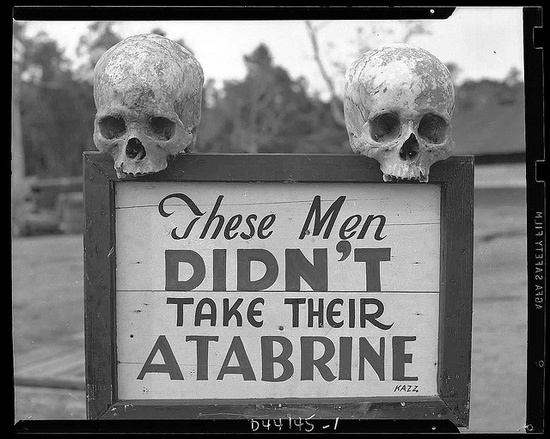 Pretty morbid that the sign was specifically designed to have human skulls placed on top of it.

Turns out, malaria was pretty serious…

“…estimates from the Philippines in 1942 indicate that roughly 24,000 out of the 75,000 American and Filipino defenders were suffering from malaria at the time of the invasion.”

“If the malaria situation is not brought under control, the efficiency of the whole Army will be greatly impaired; in fact it will be unable to perform its combat functions. It is my candid and conservative opinion that if we do not secure a sufficient supply of quinine for our troops from front to rear that all other supplies we may get, with the exception of rations, will be of little or no value.” (Source)