A dog and a US Marine who is comfortably occupying a “fighting hole” in Guam, during World War II; 1944 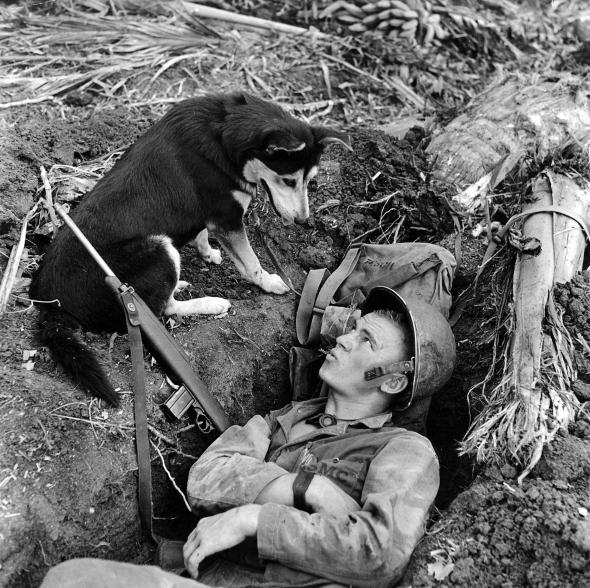 While the Army had put war dogs to good use already, mainly for sentry and guard duties, World War II was the first organized deployment of canine warriors by the Marine Corps, and the Marines intended to bring the dogs into the field, sniffing out enemy positions to warn of ambushes and ferrying messages back and forth.

Only a select few were accepted into service, and even then they would undergo rigorous training to prepare them for life in the combat zone. In total, 1,074 dogs were ‘enlisted’ in the Marine Corps, and 29 would die in combat, along with just under 200 fatalities from disease or accidents. After a year of organization and training, the 1st Marine War Dog Platoon entered action on Bougainville on November 1st, 1943. During the long ride through the Pacific, the handlers were considered to be pretty strange, and their mission was questioned by many, but once they entered combat, the value of the “Devil Dogs” was pretty quickly apparent, and Marine War Dogs would serve through the end of the war.

After the war, an outcry ended plans to euthanize the remaining veteran animals, and instead they were put through demilitarization training, with almost universal success. Many were returned to their families, although in more than a few cases, the Marine handler would bring the dog back to civilian life with him. 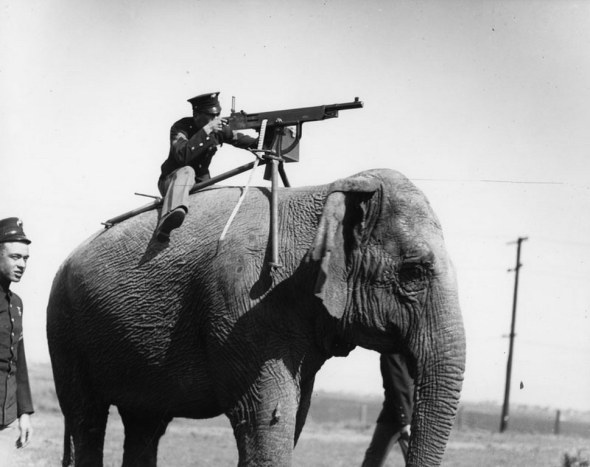