America mourns the Germans who died in the Hindenburg crash; ca. 1937 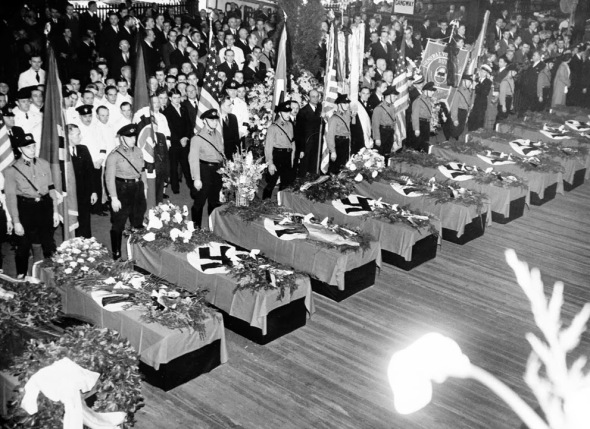 It’s important to note that nobody really hated the Nazi’s until around 1941, and really only intensely 1944. It wasn’t really until after the war that anti-Nazism went into full swing (as a result of discovering/confirming the horrible scope of the holocaust). It’s like everyone forgot that major industrialists in the US and western Europe praised the growth the Nazi’s brought German industry and focus it afforded their politics.

If they hadn’t committed the holocaust, I really wonder how different their legacy would have been. The neo-Nazi’s might have been a modern-day political party. Heck, if they hadn’t invaded Western Europe and focused on the Russians, they might still be around. …maybe they would have founded the European Union themselves – earlier, and included Russia. 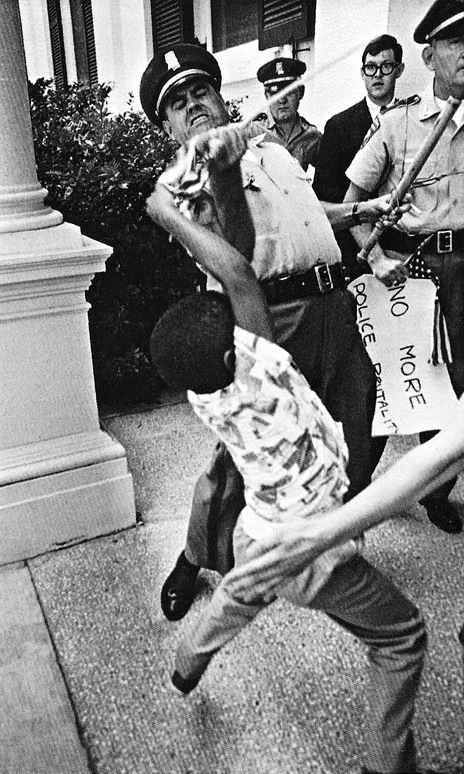 I play a little game, a variant of “where’s Waldo”, with pictures like this.
The challenge is to try and figure out everyone in the photo who will be dead or in jail by 1946. It’s quite gratifying.

Hitler’s speech that day was a response to a letter sent by Roosevelt to get Hitler’s assurances that it would not attack other countries. You can read it here.

Roosevelt asked for Hitler to give assurances that he would not invade a number of specific countries, mostly British possessions and European neighbors, most of which became involved in the war anyway. Hitler’s view of peace seemed to be between the major powers, and that Germany should be entitled to expand into Poland and Czechoslovakia if it wanted to. He was telling Britain, France, the US and Russia to stay out of Germany’s area so that he could continue his ambitions. This is not at all what those other countries, especially Poland wanted.

In my understanding this letter came at a time when the world had already geared up for war. Although it hadn’t been declared yet, all the major powers were building up their stockpiles and constructing more and more weapons, like bombers. Even the US, which wouldn’t join the war for another 2 years was already preparing for it.

There were a few warning signs that that just got ignored. One that I think should not be forgotten is that most Western countries did not raise their immigration quotas and allow more Jewish refugees to enter their countries until late in the war. Anti-semitism and fear over immigration in general led to refugees being rejected until public opinion turned around 1944. Even though their was ample evidence of violence and discrimination, the US and Britain still refused to increase their quotas. It saddens me to think about the lives that could have been spared by a bit of bureaucratic empathy.

It is possibly the greatest tragedy of human history that the Second World War happened with so much warning, yet nothing was done to truly stop it.

(Here’s some of the speech, with subtitles.)