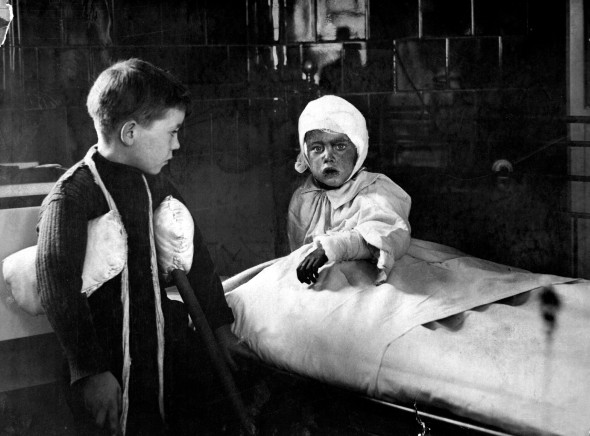 Ack-Ack fire during a German air raid on Algiers; 1943.

Those are the light trails that result from long-exposure photography of gunfire. Ack-ack is shorthand for anti-aircraft.

A charred body of a woman in the air-raid shelter – Dresden, February 1945. 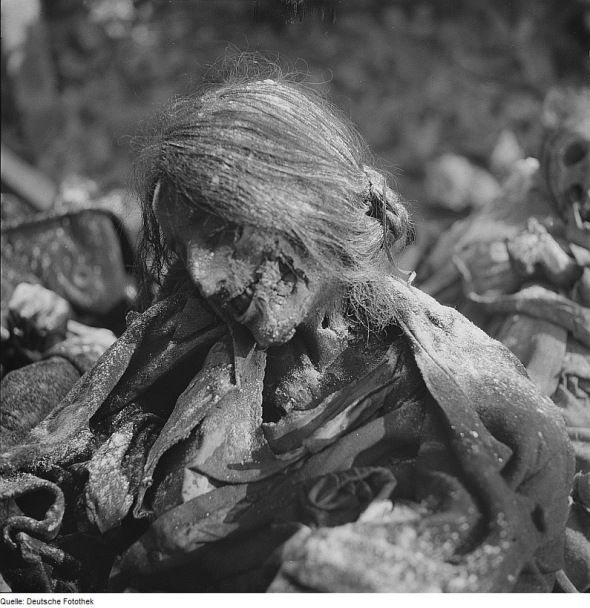 This bombing was so complete that most people died not from the bombs but from suffocation as the city-wide fire used up all the oxygen from the air.

“…one of the air raid precautions the city had taken was to remove the thick cellar walls between rows of buildings, and replace them with thin partitions that could be knocked through in an emergency. The idea was that, as one building collapsed or filled with smoke, those using the basement as a shelter could knock the walls down and run into adjoining buildings. With the city on fire everywhere, those fleeing from one burning cellar simply ran into another, with the result that thousands of bodies were found piled up in houses at the end of city blocks…” (Source)

People so often forget Dresden when they discuss the horrors of WWII. I guess with the horror of the atomic bomb and the Holocaust the simple firebombing of a town is somewhat less horrific to discuss but the devastation caused there was nearly unimaginable.

“It is not possible to describe! Explosion after explosion. It was beyond belief, worse than the blackest nightmare. So many people were horribly burnt and injured. It became more and more difficult to breathe …

… fire everywhere, everywhere fire, and all the time the hot wind of the firestorm threw people back into the burning houses they were trying to escape from.”

A girl and her dog view the destruction inflicted by German air raids during the siege of Warsaw, September 1939. 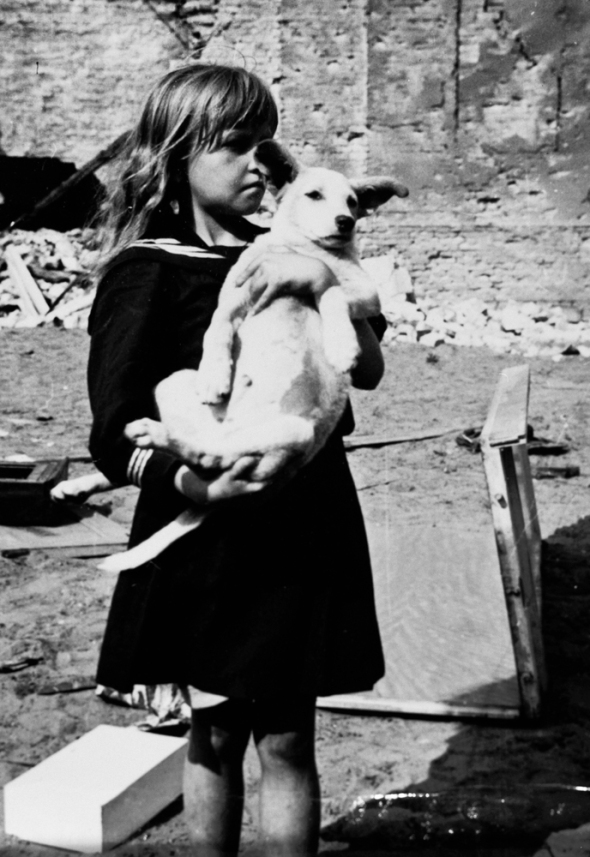