Flight of G3M Bombers over the Aleutian Islands; ca. 1943 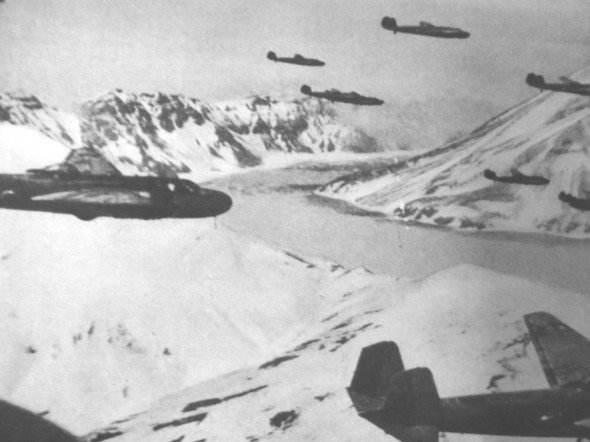 A crewman on a British biplane prepares to drop a bomb from the rear cockpit during WWI. 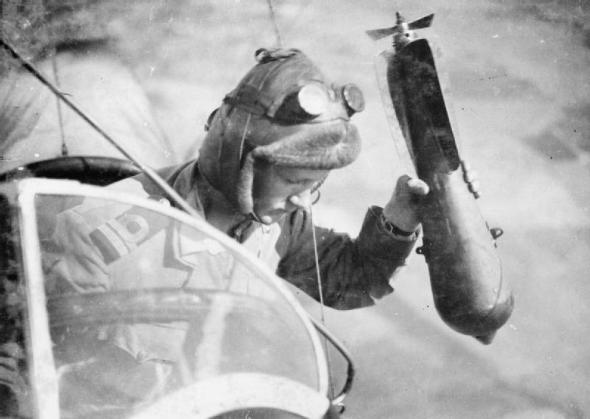 When released, the propeller on the rear of the bomb would spin and turn an internal screw which armed the bomb at a safe distance from the aircraft. 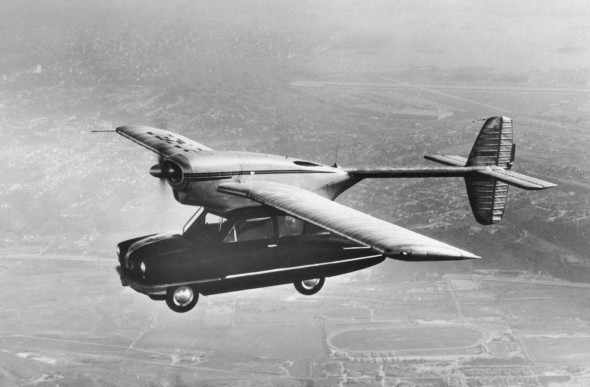