Why Stalin allowed Finland to remain independent after WWII: 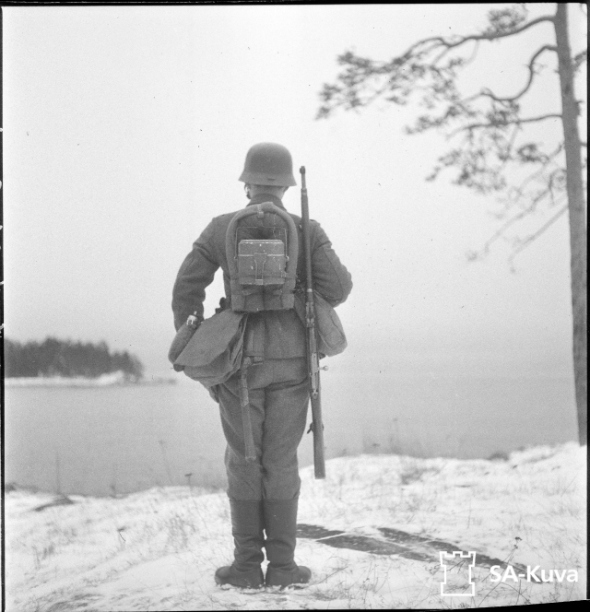 Stalin overestimated the efficacy of the Finnish Communist Party and underestimated the canniness of Finnish politicians. Starting in leverage high grade military equipment from the Germans which allowed the Finnish forces to stage a fighting retreat from Karelia in 1944. Thus in mid-1944, the Finns and the Soviets were fighting in the same ground as the Winter War. Both the Kremlin and the Red Army’s leadership were much more interested in maintaining the drive into Eastern Europe than refighting what had been a dark chapter in Soviet military history.

Urho Kekkonen, a Finnish parliamentarian and later Prime Minister, said in a 1944 radio broadcast “the Soviet Union must stand to gain a bigger advantage from an independent Finland clinging to life than from a broken Finland doomed to a dependent existence.” The cornerstone of Soviet-Finnish relations was the Agreement of Friendship, Cooperation, and Mutual Assistance signed with the USSR in April 1948. The Treaty guaranteed that Finland would aid the Soviets against “Germany or its allies” and fostered a series of networks and political connections between the Soviets and the Finns. The Soviets initially expected the Finnish Communist Party (SKP) to make electoral gains, but the existing Finnish political establishment adroitly managed to sideline them. The Treaty and the Finnish compliance with it did not give the SKP any major issues with which to attack the existing governments. Successive Soviet governments wanted the Treaty to be expanded and pull the Finns closer into the orbit of the Soviet sphere, but the Finns were able to strategically drag their feet. For example, the language “Germany or its allies” meant that Finns were able to justify not wanting to take defense steps against NATO Norway and Denmark. At the same time, the Finns also mastered the art of not appearing to be undermining the larger issue of Soviet security; they would give way over key debates like radar stations its early warning network.

The success of the Finns looks quite intelligent and unexpected from the vantage point of 2014, it’s important to keep in mind that during the Cold War the West was quite apprehensive the Finnish policies of accommodation. “Finlandization” became a pejorative term within Western Cold War discourse and a shorthand for making concessions to gain at best temporary freedoms from the USSR.

Jussila, Osmo, Seppo Hentilä, and Jukka Nevakivi. From Grand Duchy to a Modern State: a Political History of Finland since 1809. London: Hurst & Company, 1999.

Why exactly did the Soviet Union go to war with Finland?

There was a lot of tension between the two countries, due to what the Finns called the Heimosodat or Kinship Wars. These were wars fought between 1918 and 1922 where areas surrounding or historically linked to Finland fought to gain independence from Russia. Volunteer soldiers from Finland itself aided this movement, and many of them were inspired by the idea of Greater Finland. Greater Finland was a nationalist idea which emphasized territorial expansion of Finland. Have a map: [http://en.wikipedia.org/wiki/File:Suur-Suomen_kartta.png] (The current borders of modern-day Finland and lands lost to the USSR in 1940-1944 are light blue, the rest are lands that Finland could have expanded into in the context of Greater Finland.)

Now, to the buildup to the war. As Nazi Germany expands, Soviet military planners begin to realize that any attack on the USSR would be likely to be many-pronged, and one of these prongs could be Finland. They were also concerned with the potential vulnerability of Leningrad. Thus, the Soviets attempted a rapprochement with Finland, asking for a secret military alliance, or in lieu of that, a written promise that Finland that the country would resist any German approach. They also wanted to install air and sea defenses on the island of Suursaari to guard the approach to Leningrad and Kronstadt. In return, the USSR would guarantee the integrity of Finnish borders.

The reasons that the Finns did not accept this treaty is more complex. The Finns generally distrusted the Soviets, although the Anschluss in Austria had caused a stir. However, many Finns continued to regard Germany as the only possible ally in case of trouble with Russia. A Soviet envoy had also mentioned to an earlier prime minister, Kivimaki, that, “In the case of war, the USSR could not avoid occupying Finnish territory.” The Finns accordingly responded that any treaties with the Russians would undermine Finnish sovereignty and would run counter to Finnish policy of neutrality and Scandinavian orientation.

This then leads to a long series of complex negotiation, over which the status of the Aaland islands was a key issue, although the primary intention of the Soviets was to secure the position of Leningrad. Stalin at one point took a military map, and drew, in the presence of a Finnish envoy, where the border should run, leading one of them to note ominously that “[Stalin] was obviously well oriented in the geography of the area”. Neither side is willing to give much ground, and this leads to rising hostility. The November 3rd Pravda stated bluntly that “The Soviet Union does not only have the right, but the duty, to take measures which will guarantee the security of the sea and land approaches to Leningrad”. Molotov then claimed that the Finns had fired shots upon Soviet soldiers, despite the fact the shots came from the Soviet side of the border (according to a Finnish investigation at least). This then lead to war, where Soviet troops crossed the frontier in several places.

The reasons the Soviets were so ill-prepared was largely due to the purges of the Soviet army. These had crippled the “bourgeois” officer class, and left the Soviets woefully short of the middle stage of the chain of command. For example, despite the fact that the Finns had few anti-tank weapons and insufficient training in modern anti-tank tactics, the favored Soviet armored tactic was a simple frontal charge, the weaknesses of which could be exploited easily. Had they had officers, the weakness of this strategy would probably have been realized much more quickly.

The problem of the Red Army with regards to terrain was that it was too modern. There were virtually no roads along the front, and while the Finnish soldiers could almost all ski, hardly any Soviets could. The winter was also especially cold, and while most of the units on both sides had adequate winter gear, some Soviet units certainly didn’t, and many died from frostbite at the battle of Suomussalmi. Furthermore, the Red Army lacked proper winter tents, and men had to sleep in improvised shelters. Some Soviet units had frostbite casualties as high as 10% even before crossing the Finnish border. Before the Winter War, no army had fought in such freezing conditions. In Soviet field hospitals, operations were done and limbs were amputated at −20 °C (−4 °F) while just past the canvas tent wall the temperature was −30°C. 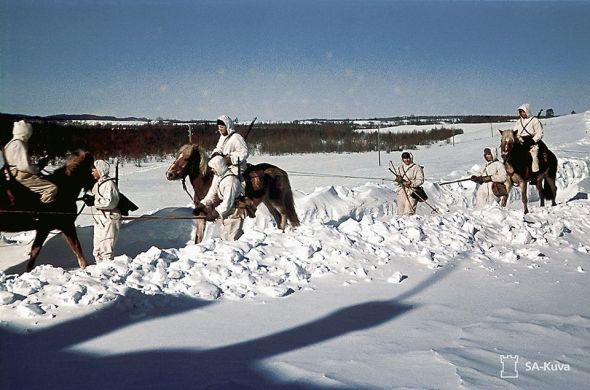 The contorted, frozen corpse of a Soviet soldier, one of numerous casualties caused by the fierce Finnish winter of 1939-1940 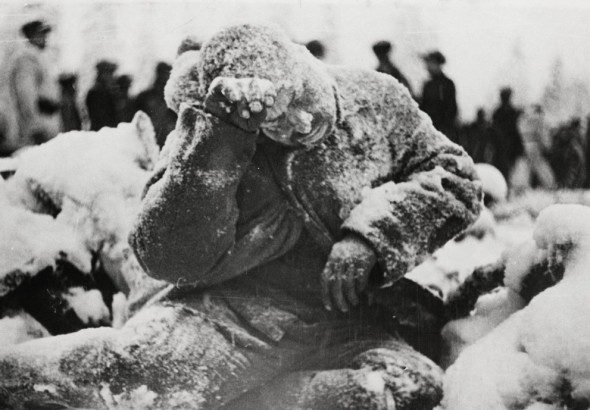 Their demands to Finland for a trade in territory unmet, the Soviet Union launched the Winter War invaded Finland on November 30th, 1939. A few days earlier, to create a casus belli, the Red Army had shelled the Russian village of Mainila and blamed it on the Finns. The Soviets, however, were terribly unprepared, and poorly led. Not expecting the tenacity that the Finns put up in defense, the invasion quickly stalled against the Mannerheim Line on the Karelian Isthmus.

The fierce winter that came on the tail of the attack did no wonders for the Soviets either, who had poorer winter gear than their opponents, and some lacked any at all. With temperatures plunging at times to below -40 degrees, more than a few simply froze to death.

It wasn’t until February that the Soviets, with new leadership and better preparation, were able to renew the offensive and punch through the Mannerheim Line. Their main defenses breached, and the hoped for foreign intervention not forthcoming – or at least, not coming in enough time, as the British were making overtures – the Finns had no choice but to enter peace negotiations, the war officially coming to an end on March 13th, 1940.

The Finns were forced to turn over significant territory on their eastern border, and just over a year later, would resume hostilities in the so called Continuation War, joining Germany as a ‘co-belligerent’ at the onset of Operation Barbarossa.

(Part of the collection of the Library of Congress.)