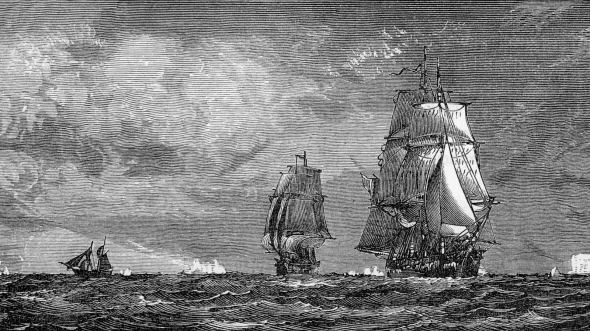 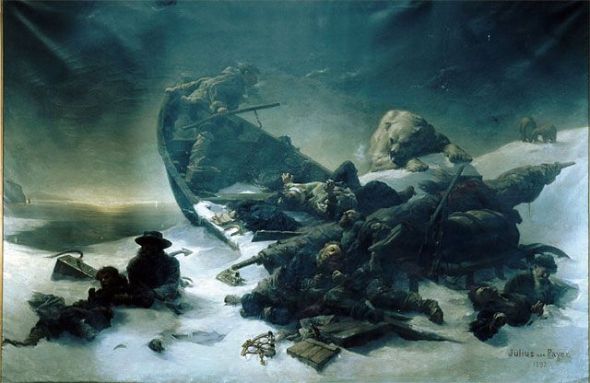 Sailors frantically jump overboard a sinking HMS Prince of Wales minutes after it was struck by Japanese bombers during the Battle off Malaya; December 10th, 1941. 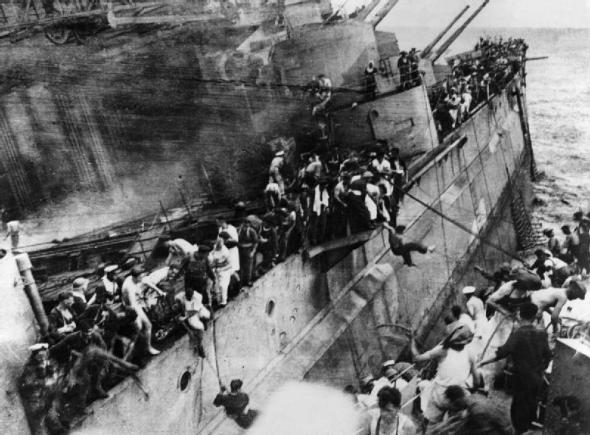 835 sailors were lost and these were the first 2 battleships ever lost on the open sea solely through the use of air power.

The sinking of Prince of Wales and Repulse was a Second World Warnaval engagement that took place north of Singapore, off the east coast of Malaya, nearKuantan, Pahang, where the British Royal NavybattleshipHMS Prince of Wales and battlecruiserHMS Repulse were sunk by land-based bombers and torpedo bombers of the Imperial Japanese Navy on 10 December 1941. In Japanese, the engagement was referred to as the Naval Battle off Malaya.

The objective of Force Z, which consisted of one battleship, one battlecruiser and four destroyers, was to intercept the Japanese invasion fleet north of Malaya. However, the task force sailed without any air support, which had been declined by Admiral Sir Tom Phillips, the commander of Force Z, in favour of maintaining radio silence. Although the British had a close encounter with Japanese heavy surface units, the force failed to find and destroy the main convoy. On their return to Singapore they were attacked in open waters and sunk by long-range medium bombers.

Along with the attack on Pearl Harbor only a few days earlier, the Malaya engagement illustrated the effectiveness of aerial attacks against even the heaviest of naval assets if they were not protected by air cover, and led the Allies to place importance on their aircraft carriers over battleships. The sinking of the two ships severely weakened the Eastern Fleet in Singapore, and the Japanese invasion fleet was only engaged by submarines until the Battle off Endau on 27 January 1942. (Source)

After the battle a Japanese pilot flew over where the ships had been sunk and dropped two wreaths. One was for the Japanese pilots who died and the other was, according to the pilot, a mark of respect from his Air Corps to all ratings from Repulse and Prince of Wales that had perished in defence of their ships