Artists paint on the banks of Dordogne River near Beaulieu, France; ca. 1925 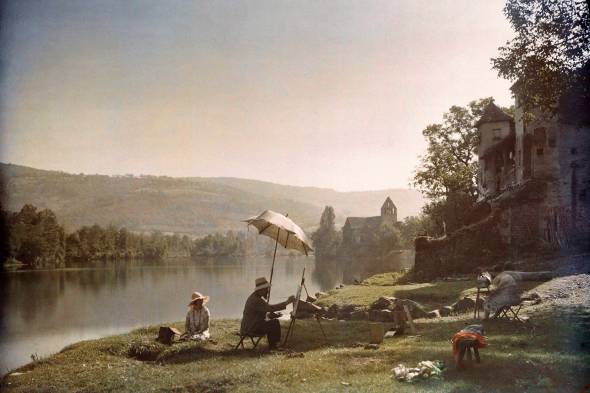